When the car wreck happened last September, it was quite possibly the most millennial-sounding story you’ve ever heard. A teenager driving her father’s Mercedes Benz was speeding at 107 miles per hour and Snapchatting when she hit and critically injured an Uber driver. If this is the first you’re hearing of this story, take a moment to let all those Gen-Y details sink in. 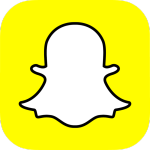 And now comes the logical next step: the victim, Maynard Wentworth, and his wife are suing both the driver and Snapchat. Wentworth suffered a traumatic brain injury, was hospitalized for months and is still unable to work. His complaint states that some of his brain damage will be permanent.

By all accounts, 18-year-old Snapchatter Christal McGee was indisputably negligent in her behavior. Her actions after the egregious incident don’t make her case any more sympathetic; she resumed play on Snapchat and posted a selfie as she was strapped into a neck brace at the hospital with the caption “Lucky to be alive.”

McGee and the coworkers riding passenger with her were only treated for minor injuries and released. Meanwhile, Wentworth’s family says he is only now getting to the point where he can get himself out of bed and feed himself.

Wentworth’s lawsuit, in addition to suing McGee, is also seeking damages against Snapchat. McGee was using what is called the app’s “Miles Per Hour” filter at the time of the accident. The feature tracks how fast a person is going and displays it in miles per hour across the photo. McGee reportedly told her friends that she was “just” trying to get the Mercedes to 100 miles per hour so she could post it on the popular social networking app.

The filter seems like an absurdly obvious hazardous feature. Snapchat is heavily marketed towards and used by teenagers, arguably some of the most dangerous drivers on the road to begin with. The filter includes a warning to not use the feature while driving, but is that enough to overcome its dangerous nature? The lynchpin of this case may very well depend on if the victim’s claims that the Miles Per Hour filter had caused other car wrecks before McGee’s last September turn out to be true.

Wentworth’s suit claims that prior to the date of the car wreck, Snapchat was already aware of other crashes that had occurred due to the use of the app while driving at high speed. Despite that knowledge, the complaint states, Snapchat did nothing to restrict access to or remove the filter.

If the court finds that Snapchat was indeed on active notice that the feature was contributing to accidents and did nothing to mitigate the damage by limiting access to the app, then Snapchat could very well be found negligent. Numbers from distracted driving deaths have exploded as texting and smartphones have become ubiquitous in recent years.  Distraction from use of social media apps—and many people’s near-dependence on their constant entertainment value—accounts for a significant portion of today’s distracted driving statistics.

In many states, including North Carolina, texting while driving has been outlawed in response to the hazard it obviously poses. Texting or reading on a cell phone is an infraction (lower than a misdemeanor) punishable by a $100 fine and court costs.