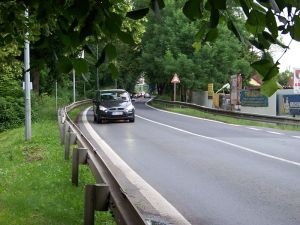 The Federal Highway Administration told WBTV that highway agencies such as the NCDOT “should know precisely what has been incorporated into its roadway/roadside infrastructure and be able to monitor the performance of individual components of its highway system.”

California joined other states that have banned the guardrails after a federal jury concluded that the end terminals’ manufacturer—Dallas, Texas-based Trinity Industries—defrauded the government by failing to disclose changes it made to the guardrail design. The design changes saved the company $2 per guardrail end terminal, but those $2 savings are alleged to have led to the deaths of dozens of drivers.

One of those was 24-year-old Darryl Blackmon, who investigators believe fell asleep at the wheel of his vehicle and crashed into a guardrail on November 1. Blackmon died of injuries he sustained in the crash.

An investigation by ABC7News into Blackmon’s death led investigators to a California warehouse, where they uncovered the ET-Plus “head” or guardrail end piece involved in the crash. Josh Harman, a guardrail manufacturer who sued Trinity Industries, said that the end piece was “responsible for the death of that boy, there’s no question.”

Harman said during an accident, the force of a car is supposed to push the end terminal down the guardrail, flattening the “W” shaped piece into a smooth ribbon of steel that slows the car. Instead, the faulty ET-Plus end pieces “lock up… gouge…” buckle over, knuckle up and rip off, “allowing the vehicle through,” Harman said.

Harman said Blackmon should have survived the crash.

The inventor of the ET-Plus design said Trinity altered the design without his input, evidently in an effort to boost profits. Trinity has denied that allegation.

Harman’s lawsuit led a Texas jury to impose $175 million in damages against Trinity last month, a figure that could be tripled by statute, meaning the company could face liability exceeding $1 billion.