If you’ve been injured at work, you’ve likely got a lot of things on your mind. Beyond trying to recover from your injuries, you may be worrying about when you’ll return to work and how you’ll be able to keep your family afloat in the meantime. Medical bills need to be paid, along with your ordinary household expenses, and a workplace injury can keep you off your feet and out of a steady paycheck for weeks, months or even years. Given the serious issues you have to contend with, worrying about things like where to file your lawsuit won’t rise to the top of your list. Issues such as proper jurisdiction can occasionally prove thorny and are best left to your personal injury attorney to sort out. 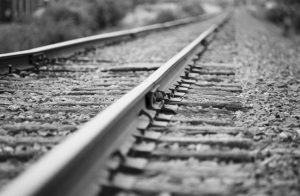 Though you may not spend much time considering the mechanics of a personal injury lawsuit, details like location and jurisdiction are crucial elements to any case. Recently, the Supreme Court waded into a dispute involving geography and the location plaintiffs chose to file work-related personal injury claims. The Court ended up coming down on the side of the business, forcing the injured workers to file suit elsewhere.

The case at issue is actually two separate cases brought against the same company, BNSF Railway Company. Two employees suffered injuries while working and brought claims against their employer under the Federal Employer’s Liability Act, a piece of federal legislation that allows employees of railroads to sue their employers if they’ve suffered injuries on the job. The dispute that was ultimately appealed to the Supreme Court didn’t concern the injuries suffered by the plaintiffs or the action (or inaction) of the railroad, they instead revolved around geography.

The two plaintiffs in this case filed suit against BNSF in Montana, a state perceived by some as having a plaintiff-friendly personal injury legal system. The plaintiffs alleged that there were sufficient ties to Montana, despite the fact that their injuries occurred elsewhere. One plaintiff was injured in Washington State after slipping and falling. The other plaintiff sustained injuries in Iowa, South Dakota and Minnesota, claiming that he was exposed to toxic substances that led to the development of kidney cancer.

No harm occurred to the plaintiffs in Montana, and BNSF isn’t based there. So why did the plaintiffs believe that a lawsuit in Montana was justified? They argued that because BNSF conducts business in Montana that should be enough reason to file suit in the state. They noted that BNSF has 2,000 employees in Montana and that it has thousands of miles of railroad track in the state, all indications that the company has strong ties there. A lower court in Montana agreed that these were sufficient connections to grant the court jurisdiction over the company. BNSF disagreed, vehemently, and appealed all the way to the Supreme Court.

According to BNSF, the court in Montana lacks jurisdiction because the events that caused injury did not occur in the state and because Montana is not the principal place of business for the company. To allow employees to sue anywhere that the company has railroad track would open the door to the company being sued almost everywhere, as the railroad giant has track across the country. The Supreme Court, to the disappointment of the plaintiffs, agreed.

In an 8-1 decision, the Court held that states should not be allowed to hear claims for personal injury when the injuries were either sustained out-of-state or when the company is based in another state. In such a case, the connection to the jurisdiction is too tenuous to allow for the state courts to oversee such a dispute. According to the majority, the plaintiffs have no connection to anything that happened in Montana and, as such, should bring their claims in a jurisdiction where their ties are stronger.

Though it’s unclear what impact this could have on future cases, some experts say it may make personal injury plaintiffs less likely to try to forum shop. Fearing that their case will be dismissed and that they’ll have wasted time and money, they may be compelled to file suit in states where ties are stronger. The downside of course is that businesses could locate themselves more and more in places where the law benefits corporations over people, forcing employees to bring claims in states where the law is stacked against them.