A former mayor and Murrieta, California city councilman is facing a personal injury lawsuit brought by four teenage cheerleaders who were injured in a rear end automobile crash on October 16. 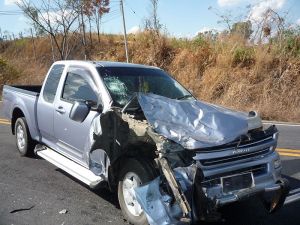 The girls allege that the vehicle in which they were riding was struck by a pickup truck being driven by then-Mayor Alan Long. The cheerleaders say Long was drunk when he caused the crash. Long was arrested at the crash scene and was charged with felony drunken driving.

Long’s blood-alcohol content at the time of the crash was .08, according to the Riverside County District Attorney’s office. Officers concluded that Long was impaired after he failed field sobriety tests. Long is due to be arraigned on a charge of driving while under the influence of alcohol causing bodily injury on December 11.

The cheerleaders, who range in age from 14 to 17 and attend Murrieta Valley High School, suffered “severe personal injuries” that necessitated medical treatment and have caused them to incur medical expenses and to lose earnings, according to their lawsuit.

They were waiting to make a left turn at around 8:15 p.m. on October 16 when Long approached from the rear in a full-size pickup truck and plowed into the back of the girls’ car, according to Murrieta police Lieutenant Julie Hoxmeier.

The girls had just left a school pep rally where they had performed in anticipation of the next evening’s football game against a rival school.

Riverside attorney Jean-Simon Serrano said Long tried to delay responding officers by waiting a few minutes after the crash to call 911. According to Serrano, Long “tried to deflect any involvement of authorities while his blood alcohol was too high for driving.” These attempts, Serrano said, failed.

Long stepped down from the city council after the crash, but he won reelection on November 4. He said he believes he will be exonerated once all the facts about the crash come out.

In their lawsuit, sisters Chloe and Camille Rogers along with Melissa Reynolds and Adrienna Williams alleged that Long was negligent because at the time of the crash he was violating California’s drunken and reckless driving laws. California law—like North Carolina—provides that the legal limit before a person is considered impaired by alcohol is .08, meaning Long was at the limit.

To make matters worse, the girls alleged, Long is a fire battalion chief and a “first responder” himself, meaning he had “special and extensive training and knowledge of the criminality of drinking and driving and the grave dangers” that ensue when persons operate motor vehicles while impaired.

Victoria Blumenthal, Long’s attorney, said Long was only driving about 25-miles-per hour when his vehicle struck the girls’ car. She said he rendered aid to the girls until medics and the girls’ parents arrived. Through Blumenthal, Long issued a written statement expressing “his sincere apologies” for the crash.