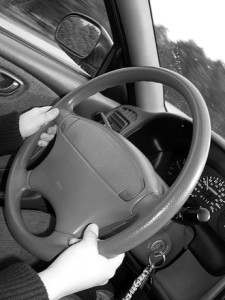 The issue concerns a defect in ignition switches used in millions of GM vehicles. GM installed the switches on more than 2.6 million cars and trucks dating back many years. Critics argue the automaker was aware of problems associated with the ignition switches, yet failed to take steps to address the problem. GM contends that it acted quickly once its engineers discovered the problem and has since spent millions of dollars attempting to rectify the issue, including through a series of massive automotive recalls.

The specific problem at the center of the lawsuits is that the ignition switches contain a defect that can cause the cars to suddenly lose all power. When this happens, not only does it create the possibility of the driver losing control of the vehicle, but the airbags become disabled, potentially magnifying the harm faced by the occupants of the vehicle.

Since news of the recall has become public many thousands of cases have been filed against GM. The current case is the second of six bellwether trials being conducted to determine legal liability. The first was dismissed back in January after it was alleged that the lead plaintiff gave misleading testimony. This is the first to actually make it in front of a jury.

The jury in the U.S. District Court in Manhattan returned its verdict after a two-week long trial over a faulty switch installed in a Saturn, which the plaintiffs claimed led to an accident that injured two people. The jury decided that the defect did not cause the driver of the car (and plaintiff) to lose control on an icy bridge. As a result, the jury refused to award any damages.

Though the decision would appear to be a terrible omen for other plaintiffs, the jury’s verdict offered hope. Though the jury decided that the ignition switch defect was not responsible for the driver losing control in this particular case, the jury also found that the vehicle, a 2007 Saturn Sky, was unreasonably dangerous as a result of the ignition switch flaw. Plaintiffs’ attorneys say they obviously disagree with the result, but are pleased that the jurors recognized the car made by GM was unreasonably dangerous.

It isn’t clear how things will turn out for GM given the somewhat mixed results of the first two bellwether cases. What’s clear is that the ignition switch issue has already been a costly problem for the company. So far GM has agreed to pay nearly $600 million to settle claims related to 124 deaths linked to the ignition switch. The company paid more than $900 million to settle a federal criminal investigation. It’s also been revealed that GM set aside another $575 million to settle shareholder and personal injury lawsuits, like the one recently decided in New York. Whether that amount proves to be too much or too little remains to be seen.

More Than A Dozen People Die Due To Keyless Ignition Systems