Male circumcision is an ancient practice that is still so prevalent in modern times that it is almost a norm. However, it is important to be aware of the rights of the parents and child involved. An uptick in legislation in recent years has shown an increasing trend for courts to recognize the consent issues surrounding the topic and a child’s right to “bodily integrity.” 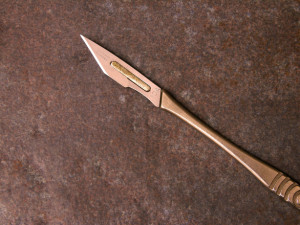 One famous case from Florida last year involved a mother and father battling the fate of their son’s foreskin all the way to federal court—the father wanted their son to have the procedure, and the mother did not. Because the couple had executed a “parenting contract” that provided for the future circumcision, the court jailed the mother for contempt until she gave consent for the procedure.

However, the outcome in that case is not indicative of the general increase in receptivity courts have had since the American Medical Association officially acknowledged routine circumcision as a “non-therapeutic,” or elective, procedure in 2000. The Florida case revolved more around contract and family law issues than personal injury and the outrage it generated nonetheless added to the evolving dialogue on the topic of elective male circumcision.

Besides the number of malpractice suits for botched circumcisions, some individuals claim decreased sexual pleasure from so-called successful circumcisions and/or take issue with the fact that an infant cannot legally consent to the procedure.

Circumcision can be battery

A 2000 case in New York made headlines as one of the seminal foundations of this legal trend when an 18-year-old successfully sued the hospital where he was born for civil battery for circumcising him as an infant. Civil battery is essentially nonconsensual bodily contact that causes pain or other injury.

This case was notably filed right after the AMA classified circumcision as non-therapeutic. Although doctors can claim there is a medical necessity for circumcision in many cases, this does not necessarily stop the parents from asking the court to intervene and forbid the procedure.

In all 50 states at least one parent has to consent in writing to the procedure. If the parents cannot come to an agreement on whether or not to circumcise, doctors will often not perform the procedure out of fear of a lawsuit. However, in cases where the hospital circumcises without asking or obtaining consent from either parent there is a very strong case against the doctor and hospital for malpractice.

Where the mother was the consenting parent, some parties have successfully sued their doctor and hospital arguing that the consent was null because the mother was under the influence of post-Caesarian or natural birth painkillers such as Demerol. The circumcision question is one of the first things doctors will bombard new parents with after the arrival of their newborn, and the issue of consent becomes murky when mind-altering substances are involved. Null consent because of a medicated mother is an argument that can be brought both by parents bringing the suit on behalf of their child, and the child themselves once they reach 18 years of age.

Inability to consent due to age likewise muddies the consent waters. Even if the parents consented to a circumcision for non-medical reasons, the child did not—and arguably could not—consent and can sue the doctor for personal injury once they are legally an adult. This is especially true when the child suffers any physical, psychological or sexual problems as a result of the circumcision.

Will statutes of limitations bar me from recovery?

In most states there is a statute of limitations that bars a person from bringing a personal injury suit a certain number of years after the injury occurs. However, these typically do not start to run until the injured party turns 18 (the legal age of consent). If the statute of limitations would be up before the child turns 18, which is almost always the case, the parents can usually sue on their child’s behalf before his 18th birthday.