Even the Centers for Disease Control and Prevention get the math wrong sometimes, but with drastic implications for potential personal injury plaintiffs. The health regulatory agency acknowledged this [week] that they had failed to convert some feet to meters in calculating the amount of formaldehyde emitted by some of a lumber retailer giant’s laminate floor products. 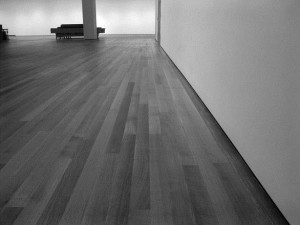 Lumber Liquidators has been in the news numerous times over the years for its unsafe products and questionable business practices. Just last year the Virginia-based hardwood flooring retailer made headlines when they became the first party ever convicted in the United States of a felony related to the use or import of illegal timber. The company plead guilty to making false declarations on their import documents about the sources of some of its flooring in a $13.15 million dollar settlement with the Justice Department.

Then last March, a report on the news program 60 Minutes revealed that laminate flooring made in one of the company’s Chinese factories contained toxic levels of formaldehyde, a known carcinogen.

It is legal for flooring to contain certain low levels of formaldehyde. Some of Lumber Liquidator’s laminated flooring not only exceeded those levels in many cases but also used the chemical in a way that leeches it into the surrounding air.

The glues used to bind particle board together for the insides of laminate flooring contain the formaldehyde, which leaks into the air past the glued-on laminate top.

High-level formaldehyde exposure can cause nasopharyngeal cancer (a type of head and neck cancer) and myeloid leukemia. At low levels, it can cause respiratory problems and eye, nose and throat irritation.

Children are most susceptible to these long-term effects, a fact that 60 Minutes took care to point out when noting that Lumber Liquidators features children prominently in its ads and likes to promote its flooring donations to Ronald McDonald House Charities, Habitat for Humanity, community centers and schools.

The implications of people this could affect are significant. According to the report, Lumber Liquidators is the largest, fastest-growing retailer of hardware flooring in North America. The company operates in almost every state and pulls in revenues of over a billion dollars a year—they have two locations in the Charlotte, NC area alone. However, hardwood flooring is not all they sell. The 60 Minutes report indicated that more than 100 million square feet of their cheaper laminated flooring is installed in American homes each year.

Lumber liquidators is based and incorporated in the United States, but uses Chinese manufacturing for much of its laminate flooring.

The average level of formaldehyde in the contaminated products was, on average, six to seven times above the state standard. Some of the products were almost 20 times the legal level, so high that the lab doing the testing thought their machine was broken at first.

However, the CDC says the math blunder will not be changing its recommendations to customers dealing with the contaminated flooring, which are essentially to “limit exposure” to the products. Lumber Liquidators no longer makes the products in question but environmental attorneys testing the materials estimate that hundreds of thousands of American homes currently have Lumber Liquidators’ Chinese laminate flooring installed that exceeds formaldehyde standards.

The cases the 60 Minutes report investigated were all in California, which has some of the strictest formaldehyde limits of any states. Despite the serious health concerns involved, the battle to regulate formaldehyde with uniform, country-wide standards is an uphill one. Furniture makers, states with large bases in furniture manufacturing and even the Chinese government have pushed back against the Environmental Protection Agency’s proposed uniform regulations.

However, if you are in North Carolina and think you or someone you love may have suffered an injury because of a contaminated product, including one of Lumber Liquidators, it is important that you contact a personal injury attorney today.  Contact Arnold & Smith, PLLC for a free consultation, call at 704-370-2828 or click here for additional resources.

Can I Sue A Cruise Line for my Holiday from Hell?