Anyone who has been watching the news recently has surely seen the legal trouble swirling around the famed comedian Bill Cosby. Cosby is currently facing a multitude of legal challenges, both criminal and civil, related to alleged sexual assault. Though Cosby is already a very wealthy man, the cost associated with nearly a dozen claims could still prove ruinous. Cosby, however, has a surprising way of avoiding much of that expense which may well save him from financial destruction: homeowner’s insurance. 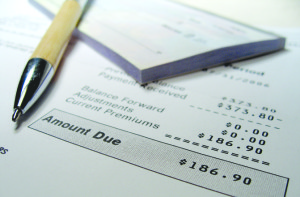 Most people would never think of homeowner’s insurance covering you in the event of a legal battle related to sexual assault, but that is exactly what Cosby is attempting to force his insurer to do and, so far, Cosby has been winning. In fact, AIG (Cosby’s insurer) is currently footing the bills for three of the five defamation cases he is currently facing, saving Cosby tens of thousands of dollars.

Cosby has argued that his homeowner’s insurance should be responsible for covering not only the costs of his legal defense, but also any final judgments that should result, up to the policy limits. So far, judges handling these cases have agreed with Cosby, ordering AIG to pay.

For it’s part, AIG intends to continue fighting the demand to pay Cosby’s legal bills. AIG argues that the homeowner’s insurance specifically excludes responsibility for sexual misconduct and that they ought not be responsible for covering personal injury expenses arising out of any alleged sexual misconduct. However, the judges so far have ruled that these personal injury claims are about defamation, not sexual misconduct, as the women claim they were injured by Cosby’s words, not his actions.

Is Bill Cosby the only person to stumble upon this lucrative loophole? No. In fact, wealthy people have used their homeowner’s insurance policies to cover costs associated with personal injury claims for years. Though most ordinary people have homeowner’s insurance to cover property damage and claims of bodily injury, wealthy individuals often buy extra protection with personal injury clauses, also known as umbrella policies, that provide coverage for a range of issues.

Currently Cosby is relying on policies for homes in Massachusetts and California. Each has limited liability coverage up to $1 million and an additional liability policy with coverage up to $35 million. Critics decry the existence of these umbrella policies, saying they exist to allow wealthy individuals to harm others and then avoid taking financial responsibility for the harm they caused.

What Legal Claims Are Possible After The Flint, Michigan Water Crisis?