Maybe I am an oddball, but I feel a little insulted when I am asked to present a receipt when exiting a store. The store invited me in. It is equipped with cameras to detect thieves. It employs guards—some or all of them armed—to detect and apprehend thieves. Someone is, or can be, watching literally every move I make in the store. That means someone watches me pay the cashier. In spite of all that, the man or woman guarding the door still wants proof that I bought what I am carrying. I am presumed guilty. I must prove my innocence. 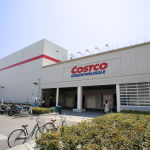 I try not to make a habit of making mountains out of mole hills, so I go with the flow. I present the receipt. I move along through life. It is not the guard’s fault, after all. It is the store’s policy. If I do not like it, I do not have to shop at the store.

But I’ve always wondered what would happen if I refused to show my receipt. Would I be detained? Interrogated? Tortured?

I am kidding, of course, but a Portland, Oregon Costco customer’s refusal to show his receipt to two store employees who asked to see it was no laughing matter. Timothy Walls said he spent $103 on goods at the Costco—enough to need to transport the items to his car in a shopping buggy. When he refused to show his receipt at the exit, one employee yanked the buggy away from him. The worker then grabbed Walls by the collar of his shirt while a second worker administered “a martial arts type” kick to Walls’ leg. Walls said the kick broke his leg.

Costco said it checks customers on their way out of the store in order “to ensure that all members are correctly charged for the merchandise purchased.” Walls’ attorney, Clayton Morrison, suggested that if Costco customers want the chain to change its policy, they should void their memberships.

Walls has sued the company seeking $670,000 for damages he incurred as a result of the leg-breaking martial-arts kick. Morrison questioned just how far Costco could go, legally, in enforcing its policy of inspecting customers’ receipts. Morrison suggested that Costco employees or agents do not have the legal authority to detain customers or seize property that has already been purchased.

Costco’s attorney, Bill Stockton, has said Walls is to blame. His “own conduct, fault and negligence led to the wounds,” he argued in a motion filed on Costco’s behalf.