The leadership at New Red Mountain Missionary Baptist Church in Durham may have ignored, humiliated and laughed at their treasurer Norman Glenn when he pushed them to undergo an audit, but they didn’t spit in his food. And according to the North Carolina Court of Appeal’s recent ruling, this fact is the reason Glenn’s claim for intentional infliction of emotional distress against the church fails. 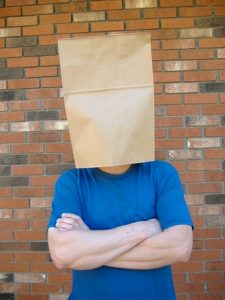 In addition to serving as treasurer, Glenn was a member of the Board of Trustees and church member. In October of 2012 he had a falling out with other board members when they rescinded approval for the annual audit that is required in the church’s own bylaws, citing concerns over the audit cost. Red Mountain’s chairman, Edgar Johnson, proposed a less expensive “compilation” of the church’s finances instead. Glenn protested both actions, and refused to write the $250 retainer check for the accountant who was to perform the compilation.

Multiple written requests to discuss the matter from the church to Glenn went unanswered, and he didn’t show at a meeting the Board of Deacons called in January 2013 to discuss the issue. At the church’s quarterly conference that month, the Board of Deacons presented a letter to the entire church body and read it aloud, formerly requesting Glenn to resign as treasurer. Throughout the whole affair Glenn alleges he was either laughed at or ignored.

Glenn, who claims he was surprised by the move, was forced to stand, turn over his keys and renounce his responsibilities as treasurer in front of the entire congregation. He asked the church numerous times after that day to clarify the reasons the deacons requested his resignation, but they never did so to his satisfaction.

Later that year, Glenn filed suit against the church and the two deacons involved, alleging that their actions had damaged his reputation in the community in claims for libel and slander, as well as negligent and intentional infliction of emotional distress (NIED and IIED, respectively).

The lower court judge eventually dismissed the plaintiff’s defamation claims and upheld the defendant’s motion for summary judgment for NIED and IIED. Undeterred, Glenn appealed, but the Court of Appeals affirmed the lower court’s ruling in a unanimous opinion in which it primarily took issue with Glenn’s failure to prove that the church’s actions were negligent (for NIED) or rose to the level of “extreme and dangerous” for IIED.

For the negligent infliction of emotional distress claim, the Court took issue with the fact that in his original lawsuit, Glenn merely stated the facts of the story the defendant’s “negligently engaged in the above wrongful conduct.” Missing was any explanation of why that behavior was negligent.

Negligence requires a showing of four (4) central elements: duty, breach of duty, causation and damage to the plaintiff. Simply stating that someone’s behavior was negligent is far from sufficient; you have to explain how each of the elements above exists in the facts of your case.

Meanwhile, as to the intentional infliction of emotional distress claim, the Court found that the defendants’ alleged conduct did not reach the level of “extreme and outrageous conduct” that is required for an IIED claim.

What would be considered extreme and outrageous, you may ask? The Court pointed to the 2001 North Carolina court case Glenn cited in support of his IIED claim proceeding. The Court in that previous case held that an IIED claim was allowed to proceed on appeal despite a prior granting of summary judgment for the defendants because—wait for it—the plaintiff in that case alleged IIED after consuming food he later realized the defendant had spit on.

Such behavior was beyond “all possible bounds of decency,” the Court said. In Glenn’s case, the Court reasoned, the defendants’ acts were “simply not comparable to spitting in food.”

So there you have it. There are several takeaways from this case worth noting: First, if you are filing a claim for personal injury, it is imperative to have the assistance of an experienced personal injury attorney to make sure that each element of your claim is sufficiently proven and explained to the court. And secondly, the bar is high for IIED claims. Make sure the defendant’s actions are within spitting distance of the one the Court set here.

How some companies avoid liability despite deadly recalls

The importance of duty of care in personal injury negligence lawsuits