If you’ve been watching the news recently you may have heard about the recall issued by the Swedish retail giant Ikea. The company, known for its stylish and cheap housewares, has decided to recall an astounding 36 million dressers. The reason for the recall is that the dressers were linked with the deaths of some six children in the U.S. According to the Consumer Product Safety Commission, the dressers have been found to tip over when all the drawers are open, unless the dressers are properly secured against the wall. 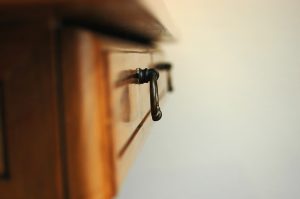 This sounds like terrible news for Ikea, after all, we’re talking about the deaths of six young children from a product almost everyone would assume is entirely harmless. The company must now spend millions recalling the dressers and making changes to ensure future dressers don’t suffer from similar problems. Though it’s certainly not good news for Ikea, experts say that companies caught in recall-related messes can avoid liability in certain cases, even in ones where it would seem like a slam-dunk for plaintiffs. To find out more about how these companies are able to avoid liability, keep reading.

First, for a consumer to win a product liability case, he or she will need to show that the product when used in its intended manner caused harm to the consumer. If this happens, the company is said to be strictly liable and will be forced to pay for the damages its product caused. The problem in this case is that the product must have been used in the manner intended by the manufacturer, which is not necessarily the way in which consumers actually used the product. Companies are not liable if a consumer uses a product in an extreme or unreasonable way, for example, using a chainsaw to trim your toenails. Companies are able to avoid liability if the consumers used the offending product in a way that was not intended or was not reasonably foreseeable.

Here, Ikea explained that customers must anchor the dresser to the wall. Not only did Ikea mention the anchor, they provided written instructions for how to do it and the equipment needed to do so.  Ikea will absolutely argue that it intended for the dressers to be anchored to walls and that if someone refused to do so, this refusal was not foreseeable and not reasonable and they should just not be responsible for the harm caused.

Another way that consumers can try to hold companies responsible is by arguing that the company failed to warn of dangers. The issue again is that Ikea appears to have covered its bases, putting big warnings on its instruction manuals about the need to anchor the dressers. Ikea will put this evidence forward, saying that it took the step to highlight potential dangers and that this should further limit their legal liability.

Though the parents of those children killed and injured by the dressers will work hard to hold the company responsible for the pain they’ve suffered, Ikea appears likely to mount a vigorous defense. Sadly, this case may demonstrate the reality that jut because people were hurt by a product isn’t always enough to result in legal liability.

North Carolina’s laws are different than the state laws involved in this case (New York, Washington and Pennsylvania) in that there is no strict liability for manufacturers in products liability cases here. Because of this, the burden is much higher in North Carolina for individuals injured by consumer products to prove negligence by the manufacturer. In other words, location matters in personal injury suits in terms of which law will be applied.

Jury Hands Down $142 Million Judgment To Send A Message