In the aftermath of the Brock Turner rape case this year, in which Turner was sentenced to six (6) months in jail after being convicted of raping an unconscious woman, you may remember hearing about Lang Her’s eerily similar case. 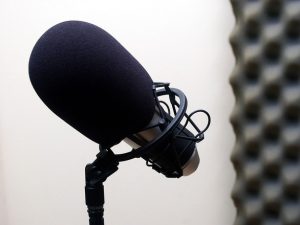 Her, like Turner, was a male undergraduate student at a California university. The women they were convicted of raping were classmates of each.

After two (2) mistrials, Her was found guilty after pleading “no contest” to his charges. He was sentenced this July to one year in jail.

This is not to diminish the effects that months spent in jail and having to register as a sex offender have on a person, both of which can follow a person for the rest of their life. However, Turner’s and Her’s cases bear further similarities that cannot escape unnoticed.

Each vehemently denied the claims against them in court, only to eventually change stories and claim consensual contact with their victims.

And after the juries that convicted each finished deliberating, both Turner and Her claimed victimization. Turner’s  defense submitted statements by both Turner and those close to him to the sentencing judge, chalking his actions up to college drinking culture and decrying the ways in which his upbeat outlook on life and future had been dampened by the charges against him. After sentencing Turner aggressively lobbied for a retrial (a legal impossibility, by the way, due to Double Jeopardy issues).

Her decided to take things a step further. After the scrutiny of three trials for all parties involved, the third of which resulted in conviction, Her has now filed a $4 million defamation suit against his victim and her family…for calling him a rapist.

Here’s the thing. A core element in any defamation case is that the defamatory statement be false.

In California, as in many states, communicating certain things are considered defamation per se, meaning they are defamatory on their face and don’t require the plaintiff to prove that the statement actually injured them. Alleging someone is guilty of a crime, for example, is considered defamation per se in California–if they haven’t already been convicted of that crime.

There have been somewhat similar cases in the past where a person was convicted of a crime, had the conviction expunged from their record, and then gone on to sue individuals for “defaming” them by talking about their expunged conviction. Even in those cases, the courts have found there was no defamation.

As one court put it, although an expungement means under the eyes of the law that the expunged conviction did not occur, expungement cannot convert a once-true fact to a falsehood.

Unless Her ends up alleging that his victim and her family spread things above and beyond what the criminal court found as fact beyond a reasonable doubt, it seems highly unlikely that this case will go forward, but we’ll have to wait and see. Until then, the woman who survived his attack has yet another court appearance to look forward to.

Can A Data Breach Result In A Personal Injury?

Can I Sue Someone For Giving Me an STD?