This may sound like a simple question, but did the person you want to sue cause your injuries? If so, were your injuries a reasonably foreseeable result of the person’s actions? 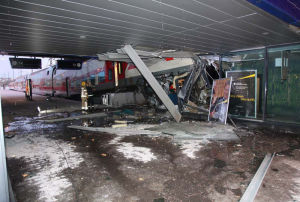 If not, you may be out of luck in your personal injury case.

The issue of causation can lead personal injury litigants and their lawyers into a labyrinthine maze of legal concepts fit for a law school-level philosophy course. While the issues and doctrines that accompany causation and so-called “foreseeability” may be complex, the practical day-to-day application of these principles mean the difference in who wins and who loses in personal injury lawsuits.

In many cases, causation and foreseeability are not issues of contention. An analysis of a recent Australian case shows how the issues can arise, however, even in cases involving relatively straightforward facts.

As time passed, however, the person’s symptoms worsened, and impingement of nerves in his cervical spine led to the recommendation that he undergo spinal fusion surgery. Six days after surgery, the person died. The cause of death was “aspiration of vomit associated with focal coronary arteriosclerosis with thrombosis and combined drug effect.”

In other words, before the accident, the injured person’s arteries had become clogged such that—coupled with further arterial clotting after surgery, the effect of anesthetics, and suffocation due to entry of vomit into the person’s lungs—he was not well disposed to survive the procedure.

The man’s wife sued the driver, alleging that the man’s death was the consequence of injuries he sustained in the motor-vehicle accident.

The judge in the case disagreed, finding that the driver’s negligence “materially contributed” to the man’s death. It was foreseeable, the judge found, at the time of the accident, that the injured person might require surgery in order to treat his neck injury.

While the injured person was afflicted with certain preexisting medical conditions that may have rendered him unlikely to survive the fusion surgery, the judge applied another well-known legal principle, holding that the driver took his victim as he found him, and was responsible for the man’s death.

In the United States, courts are guided on the issues of causation and foreseeability by a well-known 1928 decision from the Court of Appeals of New York State. In that case, Helen Palsgraf was standing on a train platform waiting for a train. A man carrying a parcel of fireworks ran to catch a departing train and was assisted onto the train by a platform guard.

As the man alighted the train, the parcel fell, causing the fireworks to explode. The explosion caused the awning above Ms. Palsgraf to fall on her, injuring her. Ms. Palsgraf sued the railroad, arguing that the negligence of the guard in assisting the man with the parcel led to her injury.

Famed jurist Benjamin Cardozo wrote an opinion finding that it was not foreseeable that the act of assisting a man with a parcel onto a departing train would have led to Ms. Palsgraf’s injuries, in those circumstances. Justice Cardozo’s analyses of causation and foreseeability are applied in courts across the United States to this day.