United Airlines has had a rough few weeks. It started when the airline got caught up in a Twitter storm after refusing to allow two young girls to board a plane in Denver for wearing “inappropriate” clothing. The issue was that the girls had on leggings, something that apparently violates United’s dress code. A fellow passenger took pictures and tweeted about the incident, inciting United to tweet back in a way that many found tone deaf. 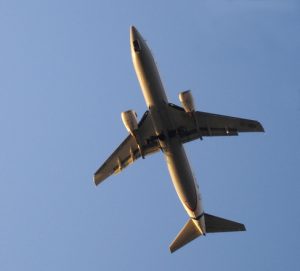 That all looks like a warm-up for what happened this weekend. On a flight from Chicago to Louisville, United called security to remove a passenger from an oversold flight. When security arrived, things got ugly quick and the man was ripped from his chair, thrown into an armrest, bloodied, apparently knocked out and then dragged from the plane by his hands and legs. Adding insult to injury, the CEO of United tweeted a halfhearted apology saying that the company regretted having to “re-accommodate” the passenger. Re-accommodate indeed.

The incident sparked outrage among the public who were shocked by the violent treatment the passenger was subjected to. Dozens of videos were released from passengers recording the incident as it occurred and things didn’t look good for the airline. The airline was criticized for boarding the passengers in the first place. If the flight was oversold, the issue should have been resolved before anyone was allowed on the plane. United then offered money to get passengers to agree to give up their seats and, after finding no takers, decided to use a supposedly random system to select four passengers to be involuntarily bumped. Again, United has been criticized here for failing to simply offer more money. Had they increased their offer again, it’s possible the entire confrontation could have been avoided.

Though many agree that United bungled the situation, the question is whether there could be legal consequences for this particular PR nightmare. According to some experts, the answer is yes. For one thing, the passenger who was dragged from the plane has a potential personal injury claim. Though security is responsible for the physical harm and any excessive force claim would be directed at them, the question that United must contend with is whether they acquiesced to security’s excessive use of force. It would also be important to determine whether security was acting on its own at the time of the incident or instead as an agent of United, enforcing United’s rules.

Another potential source of legal liability is from other passengers. The videos show just how disturbing the episode was for those on the plane with the man. It’s not outside the realm of possibility that a fellow passenger files suit against United claiming infliction of emotional distress. A final and unusual claim that United could face comes from the man’s patients. Before being drug from the plane, the man made clear that he didn’t want to leave because he was a doctor and needed to see patients at a hospital in Louisville the next morning. If something were to happen to one of those patients, it’s possible they could sue United, arguing that because they were warned about their existence, any harm that occurred to them as a result of denying boarding to the doctor was foreseeable.