If you’re at all familiar with the personal injury world you’ve likely heard of lawsuits seeking to recover damages for wrongful death. Wrongful death cases include those where a person dies due to the negligence or recklessness of another person. The loved ones can then file suit (on their own and on behalf of the deceased) seeking to recover financial compensation for the harm that was suffered. 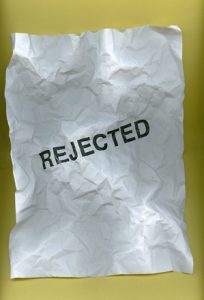 A recent case in the UK puts a new twist on this concept. Rather than sue for wrongful death, the man filed a personal injury claim for what experts have dubbed “ wrongful life”. The man was born after a criminally incestuous (and abusive) relationship between his mother and her father. He suffered serious impairments and health problems as a result of their similar genetics, leading to developmental problems, epilepsy, hearing trouble and vision problems.

The man filed a claim with the Criminal Injuries Compensation Authority, an organization in the UK that aims to make payments to victims of crimes who suffer physical injuries as a result. The CICA rejected the claim and the man appealed to the Court of Appeal located in London.

The man and his attorney had lawyers testify that his various health and developmental problems are all highly likely to be the result of his parents’ incestuous relationship, something that experts have not disputed. That said, the man has a sibling born of the same parents who has no developmental disabilities. Studies have shown that in the general population there is a 2-3 percent risk of such disabilities occurring, while an incestuous relationship has around a 50 percent odds of leading to such genetic defects.

The man says that he should receive compensation simply for being brought into the world given the abusive, incestuous and criminal relationship of his parents. His argument is that being born in itself amounts of an injury upon which he should be allowed to base a claim for compensation.

The CICA, which first heard his claim, refused to compensate arguing that because the action that caused the harm (his parents having sexual intercourse) occurred before he was alive he could not have been injured by it. Given this, they said that the fund did not owe him any money for being wrongfully conceived. The decision was then appealed, but the higher courts agreed, saying the compensation scheme was not meant to include the offspring of those who were themselves victims of crimes.

In this case, the court had already granted the man’s mother damages several years before through the CICA. The payment was meant to compensate her, as the immediate victim of the criminal act, for the abuse she suffered. Sadly, her son will not be given the same ability to seek resources to pay for his ongoing required care.