Damage caps in personal injury cases have become an increasingly hot topic in recent years, with courts across the country wrestling with the issue. State high courts have been left to decide whether and when such caps, usually on noneconomic damages or medical malpractice payouts, are appropriate or even constitutional. Some, such as Florida, have decided that such caps are not only unconstitutional, but also completely ineffective. Others, like the recent case in Tennessee, have looked for ways to avoid making such a decision. To find out more about the recent case, keep reading. 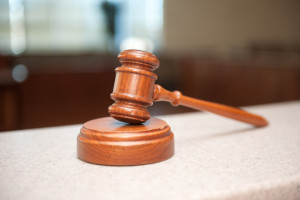 The case in Tennessee began when Donald Clark and his wife filed suit against AT&T and one of its employees. The personal injury case claimed that AT&T and the employee were negligent and asked that the defendants be ordered to pay the plaintiffs $25 million in non-economic damages. The payout was related to a car accident that left Donald severely injured.

The trial judge in this case surprisingly agreed with the plaintiffs, denying a motion for summary judgment form the defendants. The judge concluded that the state’s law was unconstitutional and, in doing so, allowed the defendants to appeal. The defendants wasted no time and appealed the matter all the way to the Tennessee Supreme Court.

The Supreme Court was asked to resolve the important question of whether the cap on non-economic damages was constitutional or not. Instead, the Court punted the issue, saying that the question was not yet ripe for judicial review. Their reasoning makes perfect sense; currently the case before them does not involve an award in excess of the cap. Given this, there is no current dispute; all issues are purely theoretical at the moment. The Supreme Court decided that the trial court had acted prematurely by deciding what should have remained an open question until such a time as a damages award exceeds the cap.

Critics are hopeful that the current case allows for possibility that the Supreme Court might still strike down the state’s law. Opponents of damage caps argue that they serve solely to protect those who have done tremendous harm to others. In fact, damage caps are specifically designed to protect the most wealthy offenders, often medical providers, hospitals or large companies and insurers, those who have caused substantial harm and yet hide behind damage caps to avoid being forced to take full financial responsibility for their actions. The hope is that the plaintiffs eventually win the case and are awarded damages in excess of the cap. Should that happen, the case would again land before the Supreme Court and this time, they will need to answer the fundamental question concerning the validity of the law.