Everyone knows about the dangers associated with distracted driving. Commercials and public service announcements routinely warn drivers of the importance of focusing on the road in front of you and not on other distractions, usually cellphones. A subset of distracted driving that seldom gets the attention it deserves involves tired drivers. Drivers who are exhausted are just as if not more dangerous than those busy texting. Thankfully, a new push by federal lawmakers appears designed to bring increased attention. To find out more, keep reading. 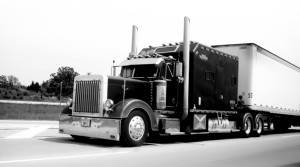 Congress has recently been wrestling with a massive spending program, dubbed Fixing America’s Surface Transportation Act (cleverly, FAST). The legislation is currently estimated to cost the government $305 billion, a pretty penny designed to address multiple transportation woes. Thankfully, a group of concerned lawmakers allocated a tiny fraction of the overall amount to specifically study the impact that long work hours have on truck drivers and the potential hazards this presents to the rest of us on the road.

The FAST bill includes a specific requirement that the Federal Motor Carrier Safety Administration create a study of truck drivers and how their heavy workload can impact their ability to operate commercial vehicles safely. The requirement was included in the bill after the crash earlier this year that left one person dead and almost killed SNL-alum Tracy Morgan.

The legislation mentions that the crash occurred when a tractor-trailed struck a van in New Jersey carrying Morgan and several other comedians. The accident happened after the driver of the truck had been awake for more than 24 hours. Additionally, the truck driver had already driven 12 hours overnight before starting his shift the day of the crash.

Studies have shown over and over that driving while tired is as dangerous if not more so than driving while intoxicated. The problems are often the same, drivers’ response time lengthens dramatically, their thinking is clouded, their coordination worsens and the chance of being involved in a deadly wreck increases exponentially.

The aim for the study is to focus attention on what is a serious and deadly problem. The hope is that by studying the issue in detail, experts can better understand how often such long commutes occur and what impact these lengthy commutes can have on public safety.

Morgan understands all to well the impact that exhausted truck drivers can have on suspecting passersby. The comic is still recovering from serious brain damage and other injuries. Several others in his tour bus were also severely injured in addition to the comic, James McNair, who died. Though Morgan’s accident captured the nation’s attention, the reality is that this happens far more often than many people may realize. According to the Department of Transportation, nearly 4,000 people die every year in crashes involving tractor-trailers and passenger vehicles. Driver fatigue is listed as the primary reason for such crashes.