Everyone knows that working your way through the legal system can be a slow, expensive process. There are rules and procedures to follow, paperwork to complete, motions to respond to, hearings to attend and mountains of discovery to shift through. The intricacies of the legal system can exhaust even the most tireless plaintiffs, causing many to give up without putting up much of a fight. 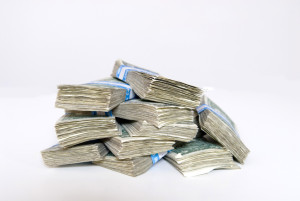 Sadly, this is exactly what many defendants are counting on. In fact, insurance companies and large corporations often depend on their ability to wear a plaintiff down to keep the size of payouts in check. These companies understand that plaintiffs will eventually feel pressure to cave and accept much less money than they may otherwise be entitled to all to put an end to the court process and collect something, no matter how small, to compensate them for the harm they’ve suffered.

It’s this sad reality that led a group of business people to form a new company aimed at helping to level the playing field between deep-pocketed defendants and plaintiffs. The company, called Mighty, is based in New York and is beginning to receive some attention, including a recent profile in the Wall Street Journal. The company says its mission is to raise badly needed cash for plaintiffs by bridging the gap before a lawsuit can be settled.

Mighty says that wealthy defendants, typically corporations, take advantage of the fact that plaintiffs are tapped out financially and often need an injection of cash, however small, to pay the bills. This can lead to an imbalanced legal system where plaintiffs are routinely taken advantage of because they lack the financial power to continue the fight against the defendants. By providing money to pay their bills while a settlement negotiation is ongoing, Mighty hopes to even the playing field, even if only slightly.

Right now Mighty says that plaintiffs are able to finance up to 10 percent of the estimated value of their settlement, the goal being to limit this to a relatively small sum and leaving the remainder to the victim. Individuals compete to attract plaintiffs by offering lower rates of return. Another positive for plaintiffs is that the funds are known as a non-recourse investment, meaning if the plaintiff ultimately loses the case, they will not owe investors anything.

There are some obvious drawbacks associated with Mighty and other personal injury finance companies. One important one is the interest charged. At Mighty, the average rate is between 20 and 30 percent annually, much higher than a traditional loan or even a credit card. While this should give some people pause, Mighty argues that the plaintiffs taking the loans end up in a better financial situation than those who do not because their eventual payouts are higher.

It’s a sad reality that the party better able to outlast the other financially is often at a tremendous advantage during legal proceedings. Legal experts say that while companies like Mighty may not be the answer to the larger problem with the legal system, they might be helpful for some plaintiffs who need a quick injection of cash and are willing to pay the price to get it.

The Importance Of Time In A North Carolina Personal Injury Case