The Supreme Court issued an important decision today impacting millions of families across the country. The Court decided to weigh into an issue that has generated increasing controversy over the past several years: arbitration agreements. After hearing the facts of the case, the Court chose to side with big business interests, in this case, the nursing home industry, over the individual families who seldom understand that these agreements exist to strip them of their rights. 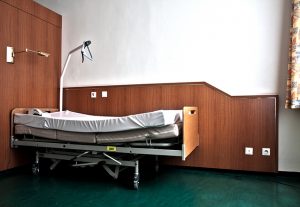 The case was brought by two families from Kentucky against Kindred Healthcare, the company responsible for operating a nursing home located in Winchester, KY. The families had loved ones who were admitted several years ago for care. The families had powers of attorney agreements and signed the admissions paperwork on behalf of their loved ones. Included in the paperwork was what’s known as an arbitration agreement.

So what is an arbitration agreement? An arbitration agreement is a fairly short clause, usually only a paragraph or two, that says a person agrees to handle any future disputes that may arise through arbitration rather than in court. That means, if down the road something bad happens, you can’t sue, you have to instead take the issue to an arbitration body who will assign an expert to review the facts and issue a ruling. The person won’t be a judge and you’ll lose the rights that you would normally have in a courtroom. The virtue, at least for the nursing homes, is that it’s a much cheaper process. It’s also usually secret, meaning the nursing homes are shielded from the bad press that follows a public lawsuit.

In this case, something bad did in fact occur. Both of the families lost their loved ones, they argue, due to the negligence of the nursing home staff. Despite the arbitration agreement, the families sued anyway. The nursing home fought the case, claiming the agreement prevented the suit. The Kentucky Supreme Court wasn’t swayed and sided with the families. The Kentucky High Court ruled that the families had a “God-given” right to litigate their issues in court and that the arbitration agreement could not stand in the way of what is a fundamental constitutional right.

Many were disappointed with the ruling, hoping that the Supreme Court would acknowledge the harm these kinds of arbitration agreements cause to families across the country. Instead, the Court followed precedent, relegating these families to the arbitration system rather than allowing them to have their day in court.

Mandatory Arbitration Clauses May Be A Thing Of The Past

Elder abuse and neglect a growing concern for families and society