One company that’s currently under careful scrutiny is Monsanto, the agri-business conglomerate responsible for inventing the world’s most popular weed killer, Roundup. Since its introduction to the market back in the 1970s, Roundup has gone on to make billions for Monsanto as it allowed farmers to easily rid their acreage of the scourge of weeds and other pests. Crop yields increased, Monsanto made lots of money, everyone seemed happy. 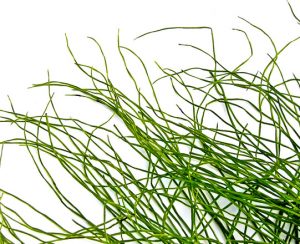 The problem, at least according to some personal injury lawyers and environmental watchdog groups, is that Roundup isn’t simply a weedkiller, but contains a carcinogenic compound that could also lead to death in humans. Moreover, the groups say Monsanto worked hard to bury evidence of the harm that Roundup could cause in humans and pets, misleading consumers and even some government regulators in the process.

The issue, according to personal injury plaintiffs, has to do with misleading labeling on Roundup containers. The labels state that the product contains an herbicide, glyphosate, that targets an enzyme found only in plants. The argument is that because the herbicide only targets plants, it is safe for humans and pets. The problem, according to plaintiffs, is that this isn’t true.

Plaintiffs say, first, that the enzyme being targeted by glyphosate is found in humans and pets. Second, they say that there is reason to believe that glyphosate is not only unsafe, but it’s carcinogenic. Specifically, critics believe that Roundup can lead to the development of non-Hodgkin’s lymphoma. The plaintiffs point to a report issued a few years ago by the World Health Organization, which referred to glyphosate as probably carcinogenic.

Monsanto, for its part, vehemently denies that Roundup is carcinogenic and responsible for causing harm to human health. The company has said that glyphosate is “relatively” safe for humans and pets and cites to numerous studies showing a lack of harm attributed to the compound.

The problem, or so say the plaintiffs, is that much of the evidence cited by Monsanto is itself suspect. Recent news reports revealed never-before-seen documents unsealed by a judge presiding over one of the Roundup personal injury court cases. The documents appeared to show that reports published by supposed experts in the field trumpeting the safety of Roundup had actually been ghostwritten by scientists and experts at Monsanto.

Even more disturbingly, plaintiffs say that Monsanto intervened to squash an attempt by government regulators to investigate claims about the potential dangers of glyphosate. Emails unsealed by a judge show that Monsanto was tipped off by a high-ranking official in government about the investigation. The official is believed to have been with the EPA. The warning gave the company time to defend itself and release studies vouching for the safety of the chemical compound.

Plaintiffs say this and other evidence proves that the company withheld crucial information from consumers. Based only on the label of the product, ordinary people would never have been able to anticipate the potential harm of the product, specifically, that it could lead to the development of something as serious as non-Hodgkin’s lymphoma. Monsanto must now contend with upwards of 700 personal injury cases filed against it in courts spread across the country. Who will ultimately prevail remains to be seen.