Immigration is a complicated thing, that’s something everyone understands. Recent news headlines reveal how heated the topic can be, with people voicing strong opinions on the subject. Though there are broader debates about whether and how much immigration is a good thing how the system ought to operate, most people agree that it’s important that once immigrants are in the country that they have access to the justice system on an equal playing field with others. To do otherwise would create a lower caste of people who are denied justice. 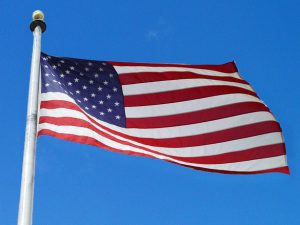 The Indiana Supreme Court recently dealt with a case concerning an undocumented immigrant and was asked to decide whether that person could file a personal injury case despite his immigration status. The case was filed by Noe Escamilla, a construction worker who was hurt on-the-job back in 2010 while working on building a college baseball stadium. Noe was working for a subcontractor and tasked with placing a capstone. While attempting to do so, Noe slipped and fell on a patch of ice and did serious damage to his back. The fall was so bad that Noe will be unable to engage in similar work in the future.

Noe brought suit against the general contractor responsible for the job, saying that they should be responsible for paying damages for the harm he suffered. According to Noe’s attorney, the man was entitled to a payment for lost future earnings of between $500,000 and almost $1 million, a figure that compensates for his future loss of work due to his injured back.

The general contractor was obviously opposed to paying such a large amount and the company’s attorneys based their opposition on Noe’s immigration status. According to the company, the fact that Noe is in the country illegally should prevent him from receiving payment for lost future wages. They argued that the experts who calculated his damages did not account for the fact that Noe could be deported, something that would drastically lower his potential earning capacity. As a result, they felt the case should be tossed out of court.

The general contractor was successful making such a case before at least two courts, winning at the lower level and then again on appeal. The courts agreed that Noe’s immigration status and potential for deportation should preclude payment for lost future wages. Noe brought his case all the way to the Indiana Supreme Court and ultimately won the day. The Court sided with Noe, saying that the justice system should be open and available to everyone, regardless of immigration status. The Court said that a person’s immigration status should not be admissible in court, except in very rare circumstances. To do so would generally succeed only in confusing the jury and muddying the facts. The question that the jury should be deciding is whether a worker was injured and, if so, was it the fault of the employer, not wading into issues of immigration and deportation.

The only time the Court said immigration status should come into play is if an employer can show that it is more likely than not that an immigrant will be deported. Experts say this is a difficult threshold to meet given the very complicated immigration system and, practically speaking, may even be impossible. The case is good news for people like Noe who get to see a Court affirm that illegal immigrants are important and deserve all the legal protections afforded to others.