Everyone knows how dangerous distracted driving can be. Whether it’s fiddling with the radio, dealing with unruly kids in the backseat or, far more commonly, interacting with your smartphone, that split-second lapse in attention can, and frequently does, prove to be fatal. If you or a loved one are involved in such an accident, it might occur to you to sue the driver responsible, after all, he or she is the one who chose to text and drive. But what about the company that makes the app the person was using at the time? According to legal experts, holding the developers of the apps that distracted drivers are using legally liable is an emerging trend in the world of personal injury law. To find out more about these kinds of cases and how they would work, keep reading. 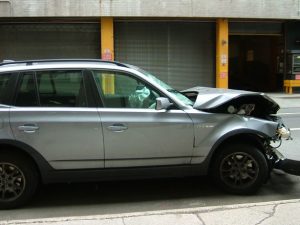 According to a recent article by Inside Counsel, personal injury attorneys across the U.S. have begun searching for cases where apps, though Snapchat appears to be a popular target, may have been responsible for causing an accident. Lawyers are putting up ads, sending out press releases and educating the public about local laws regarding distracted driving all in the hopes of raising awareness of the dangers associated with Snapping-while-driving.

The reason that many lawyers are targeting Snapchat is because of the company’s use of “filters” in its photographs. When a person takes a selfie, they can use different filters to alter that photo, sometimes by applying cartoon features to their face or a funny mustache or, more troublingly, the speed they were going at the time the picture was taken. This feature, known as the speed filter, tracks how fast a user is moving and then plasters the speed on the person’s photograph, allowing friends to marvel at the person’s recklessness. Critics accuse Snapchat of designing a filter that encourages dangerous behavior, something the company denies.

Despite the denials, media reports indicate that a growing number of wrecks may be tied to the use of Snapchat. Last year, three people burned to death in Philadelphia, PA after their car crashed into a semi-truck full of dangerous chemicals. Media reports indicate the driver of the truck was using Snapchat at the time of the accident. In Brazil, a woman died when she crashed while using Snapchat to document her speed of 110 miles per hour. The year before that a teen in the UK used the Snapchat speed filter to record his 142 mph trip and then died in a crash the very next day. Most troubling was the 2015 case out of Georgia where an 18-year-old and her friends crashed into another driver while traveling at 113 miles per hour. The teen was said to be using the speed filter at the time of the accident and, stunningly, Snapchatted again mere moments after the accident, noting how lucky she was to be alive.

Though these are all examples of poor judgment on the part of the often young and irresponsible drivers, what is it that attorneys believe makes Snapchat the company responsible? The issue boils down to whether or not it can be shown that Snapchat had a duty to foresee that its speed filter would encourage drivers to drive in a reckless or dangerous fashion that endangered the lives of others. Experts say that Snapchat is likely aware of the legal risks they face and, as such, are beginning to take steps to insulate themselves from personal injury lawsuits. Just recently the company rolled out a software update that issues a warning to users of the speed filter that they should not snap and drive. Whether a jury believes this is enough for Snapchat to avoid liability remains to be seen. You can bet that attorneys across the country are eager to see how these cases play out.