Uber has revolutionized the transportation business. Rather than wait around and spend lots of money on a cab, you can now have a driver pick you up on-demand and at a relatively reasonable rate. Uber also likes to tout itself as a safe alternative to taxis, highlighting their background checks and $1 million insurance policies for drivers. The problem is that when an accident occurs the policy may not do much to provide coverage, leaving you injured and unsure of where to turn for compensation. To find out more about the problems with Uber in a personal injury context, keep reading. 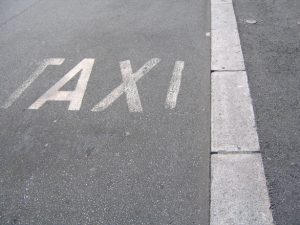 The first thing to understand about an accident involving an Uber driver is that the driver is technically not an employee of Uber. This may seem confusing given your use of an Uber app to hail the driver, the Uber sticker in the window and the fact that you’re paying Uber for the privilege of being driven around by its driver. Despite all that, Uber argues these people are not employees, but contractors. This distinction is important. If the drivers were employees Uber would be liable for their actions, meaning they could be sued and held responsible if a driver is involved in an accident. Companies are not, however, responsible for the actions of contractors.

Uber argues that it merely connects drivers to riders, serving as a third party communicator, not employer. The agreement signed with drivers makes this clear, saying that Uber waives all liability arising from or related to Uber crashes. The problem, from a potential personal injury victim’s, perspective, is that if something terrible happens it is difficult if not outright impossible to hold the company accountable. This means you’ll be left to sue the driver, someone with far shallower pockets than the giant company who arranged the ride. Not only is the driver less likely to be able to pay personally for any harm caused, but another problem also raises the possibility that his or her insurer tries to back out, leaving the innocent victim with nowhere to turn.

The second problem that few people are aware of is that though Uber frequently trumpets its $1 million insurance policy, there are huge gaps in the coverage. The $1 million insurance policy only applies when an Uber driver is on a trip carrying a customer. It may make sense that the policy wouldn’t apply if the driver was involved in an accident while operating his or her own vehicle without the Uber app engaged. Most people don’t realize, however, that the coverage also doesn’t apply if the driver is between rides, driving around with the app on but without a customer in the car. It’s in these cases where accidents can happen and victims are on their own.

A good example of this happened in California when an Uber driver between calls hit and killed a six-year-old boy. Though the Uber app was on, there was no customer in the car, meaning the $1 million policy provided by Uber did not apply. Instead, the driver’s personal insurance was on the hook. The problem here is that many people’s insurance policies have clauses that deny coverage if the person is driving for commercial purposes. That would mean that not only would Uber’s coverage not apply, but the driver’s personal coverage might also deny such claims, leaving no one but the driver (who likely doesn’t have millions of dollars siting around) able to pay to compensate the accident victim.

Uber has since taken steps to address this gap in coverage and now offers additional contingent liability coverage. Even so, the driver’s own insurance must be primarily responsible and, after that, Uber will pay for up to $50,000 per injury and $25,000 for property damage . Though this might help resolve many of the smaller cases, it won’t be of much use to those who suffer traumatic injuries or death at the hands of an Uber driver.

Here’s what happens when you get in an Uber crash

Liability When Cars Drive Themselves