Back in May, a terrible accident occurred on a stretch of highway in Williston, Florida. That crash, involving a Tesla with its autopilot system engaged, left the driver, a man named Joshua Brown, dead. Since the crash, investigators with the National Highway Traffic Safety Administration say that they want to learn more about what led to the accident. Experts believe that crash could have impacts far beyond the family of the accident victim, with potential financial impact on the automaker and an impact on national safety regulations for other autonomous vehicles that are currently in development. 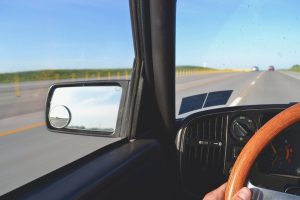 Backing up a bit, the crash in Florida took place on May 7th. According to news reports, the driver had engaged the autopilot feature, something that many believe led to the crash. As the car was driving down the highway, a white tractor trailer pulled out to cross traffic. The sky was brightly lit and many believe the autopilot was not able to distinguish the white tractor trailer from the bright sky. As a result, the braking system failed to engage and the driver crashed into the side of tractor trailer.

Tesla has issued a statement saying that the autopilot system is not perfect, but getting better all the time. The company noted that when the autopilot system is used in conjunction with an alert and engaged driver, it leads to a statistically significant improvement in safety. In fact, this crash is the first known death to occur in the more than 130 million miles driven with autopilot engaged.

One question that many have in the wake of this terrible accident is what liability Tesla might face, if any. After all, who is responsible when a car is driving itself? Experts say that one way liability could result is if it is argued that the autopilot feature is defectively designed. If so, consumers could bring a products liability claim against the car company. The argument would be that a different and better design could have avoided the problem, in this case the white truck blending into the background. If it can be shown that the company rushed autopilot to market and failed to conduct proper testing which would have uncovered the problem, Tesla might be held legally responsible for the crash.

Tesla is already making clear how it intends to respond to such claims. The company notes that the feature is referred to specifically as autopilot, not autonomous driving, and that drivers are specifically instructed to keep their hands on the wheel at all times. The system is only meant to assist in driving, meaning the human, not the computer system, is ultimately responsible for the safety of the vehicle and its occupants.

News reports indicate that the family of Joshua Brown have hired a prominent personal injury attorney to investigate their case. Given this, it’s likely that Tesla will soon find itself in a courtroom defending its technologically groundbreaking system. Experts believe that cases like this one are likely to lead not only to lawsuits, but eventually to regulations from government authorities to try and protect others from similar harm.