Any festival with a name like “Punkin Chunkin” sounds like it would have to be a good time. Unfortunately, news reports indicate the Delaware festival, where individuals sign up to propel pumpkins as far as possible, took a tragic turn this weekend. 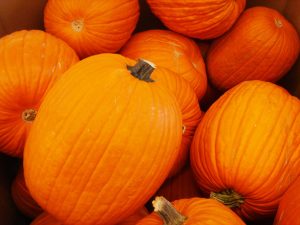 According to those in attendance, the day had gotten off to a good start, with big crowds in attendance. Festivalgoers had been shooting pumpkins in their custom-designed air cannons, competing to see who could shoot the farthest. Before things went bad, 10 teams had already competed, some firing their pumpkins more than 3,000 feet thanks to the wonders of compressed air. Sadly, in the early afternoon, one of the air cannons, named Punkin Reaper, experienced a serious problem. The trap door of the air cannon flew off due to extreme pressure.

Witnesses say that the cannon exploded, sending large pieces of debris into the air. One unlucky attendee was struck in the head and fell to the ground unable to move. Paramedics were called to the scene and did their best to treat the woman, who was eventually rushed to a nearby hospital. Though initial reports indicate that she had died, the hospital is now saying that she remains in critical condition. In addition to the woman who was critically injured, an older man was also harmed. He was treated for non-life-threatening injuries and was also taken to a nearby hospital.

Though the event is tragic enough as it is, the news is made worse by the fact that this isn’t the first time tragedy has struck the Punkin Chunkin fest. This year’s event was the first in three years, thanks to a 2013 event that resulted in a lawsuit against the owners of the property where the event is held. Back in 2013, a volunteer was injured after the ATV that he was riding on flipped over while he was performing his duties. The lawsuit said that the man was working as a spotter, which required driving around the grounds to determine the distance pumpkins had traveled. During a drive, his ATV rolled, resulting in serious spinal injuries. The case was dismissed last year after the parties reached a mutual settlement.

With the lawsuit behind them, the owners of the property agreed to restart the festival, though some familiar with the event say that it struggled to locate insurance. Given the recent events, it’s unclear whether the Punkin Chunkin festival will return. After all, the same concerns related to personal injury may arise anew, with the victims potentially bringing costly personal injury claims against not only the team whose air cannon exploded, but the organizers and property owner behind the event. The case illustrates the serious legal liability property owners assume when holding events like this where injury to participants is possible.