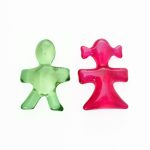 A recently settled personal injury case reveals the problem that can come with relying on race and gender in assessing damages. A boy named “G.M.M.” was injured by lead paint in the rental home his family had been living in. The boy suffered serious mental disability as a result and the parents sued for damages. His lawyers argued that G.M.M. would have earned approximately $3.4 million over his lifetime and that he should be compensated for these lost future earnings. The defendant’s attorney disagreed, saying that despite the boy’s educated parents, the fact that he was Hispanic made it unlikely that he would ever attain an advanced degree or such a high income. Instead, citing the statistic that only 7.37 percent of Hispanics attain a master’s degree, the defendants believed $1.5 million in future earnings was a more appropriate figure.

In another, perhaps even more shocking case, a six-year-old girl and a male fetus were killed in the same terrible car accident. Family members sued on behalf of both, bringing wrongful death claims against the driver responsible for the crash. Despite the fact that the girl was six and had been shown to be advanced for her age and already had a college savings plan, the settlement for the male fetus was 84 percent higher than that of the girl’s, all because of demographic averages which indicate that men will out earn women over the course of a lifetime.

These demographic averages can, in some cases, lead to results that many believe are deeply unfair. For instance, using calculations of future income based on demographic profiles, a black male with a master’s degree is estimated to earn a little over $2.1 million in a lifetime. A white man with only a bachelor’s degree is projected to earn $2.28 million, more than $160,000 more than his black counterpart with the advanced degree. White men with a bachelor’s degree are estimated to earn 65 percent more than white women with similar educational attainment. In these examples, a person’s race or gender is used as a kind of financial punishment, holding them back from what their hard work should have entitled them to.

Though even critics agree the averages are seldom inaccurate, there is a broader concern. By relying on these demographic profiles to award damages in personal injury cases, courts often acknowledge and reinforce past discrimination. Not only does this behavior risk endorsing discrimination, it may actually perpetuate it by pushing the impact of the previous discrimination into the future.

The problem is serious enough that some other countries, including Israel and Canada, have done away with the use of these demographic averages. Instead, the justice system is asked to be race and gender blind, taking into account things like family circumstances and educational attainment. The judge in the lead poisoning case stated his opinion at the end of the case, saying that race and ethnicity should not be a determinant of a person’s achievement. He went on to say that such a system distorts the American Dream and should  not be tolerated.