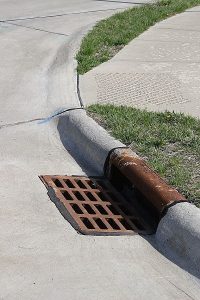 Alabama, Maryland, Virginia and the District of Columbia are the only other areas in the country that still use this rule of negligence, which holds that if the person filing for insurance or personal injury  contributed as little as one (1) percent fault to the accident, they cannot recover for damages.

If that sounds harsh, that’s because it is. Most states have ruled that contributory negligence is unfair and use what is called comparative negligence instead, where the injured party can recover in proportion to the amount of the accident to which they themselves did not contribute. For example, if a jury determines that you were 20 percent at fault for a car accident, you would only be able to recover 80 percent of your total damages from the person who hit you in a contributory negligence state.

But such is not the case in North Carolina. Barry Saunders, the N&O columnist, was backing his truck out of a parking spot when—WHOOSH—his back rear tire went as flat as an old bottle of beer. Apparently the tire had brushed “ever-so-gently” against the City’s metal storm drain that protruded about a quarter of an inch from the sidewalk.

After waiting more than four (4) hours for roadside assistance and submitting a claim to Raleigh’s insurance adjuster, Saunders was told that the curb was not designed for vehicular travel and his claim was denied. In other words, because the journalist couldn’t have scraped his tire against the curb without driving negligently or recklessly, the City would not reimburse him for any damages.

The City adjuster also told Saunders that the storm drain’s protrusion was within the acceptable limits required by state law and had no noted defects. Given North Carolina’s negligence laws, this wouldn’t have mattered either way—as long as Saunders was any percent at fault, he would have been barred from recovering.

Saunders responded by wondering aloud to the adjuster how any city or town in a contributory negligence state ever loses a claim. Saunders, after all, had been barred from his claim only because he got within inches of a curb that had sharp metal protruding from it. If he can’t recover, who can?

The adjuster assured Saunders that there are “plenty of claims” where the City ends up having to pay out for the negligent actions of individuals acting on behalf of their municipality employer. As proof of this assertion, the adjuster offered only the hypothetical example of a person being rear-ended in traffic by a police officer. There, the adjuster said, “nobody” could rightfully argue that the person the officer hit contributed to the accident.

This example does nothing to back up the adjuster’s assertion that contributory negligence isn’t used to help defendants, be they a local government or not, wriggle out of liability. In fact, it’s dead wrong. Rear-end collisions are generally considered the fault of the person who did the rear-ending, but in a contributory negligence state, courts routinely consider whether the front car did anything to contribute to the accident such as slamming on the brakes. If the person rear-ended is found to have been contributorily negligent, it can still bar him or her from recovery.

Liability When Cars Drive Themselves