Arguing over semantics seldom seems like a worthwhile pursuit. After all, fighting over small distinctions usually misses the larger point. Not so, according to many safety experts who say that it’s high time Americans stop using the word “accident” to describe what they believe is really a car “crash”. The campaign to eliminate “accident” from the lexicon has gathered steam in recent years, with federal safety regulators, advocacy groups and even journalists joining the fight. 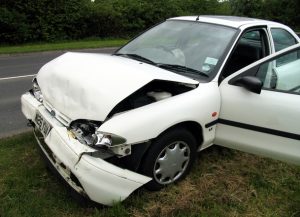 To understand the issue better, let’s go back in time, courtesy of an interesting history of the word “accident” provided by the New York Times. According to the Times, “accident” first began widespread usage in America in the early 1900s as workers were frequently injured, sometimes fatally, in industrial accidents. Employers referred to these incidents as “accidents”, an attempt to shift the blame away from the employers who had been disregarding worker safety in favor of efficiency and low costs. The same thing happened in the automotive realm as traffic deaths spiked in the 1920s. The automobile companies wanted to reflect attention away from their products, and began a campaign to turn these crashes into accidents.

Experts say that over time the new lingo actually served to absolve drivers of responsibility for the crashes they were causing. By deeming something an accident, the clear implication is that no one is at fault. Accidents occur out of the blue, are unexpected, can’t be prevented and are not the responsibility of any one person. Though it’s understandable why we may want to refer to these horrific incidents as “accidents”, critics say this often serves to sanitize something that ought not be sanitized. Instead of smoothing over how terrible car crashes really are, we need to acknowledge their destructive impact.

The goal of changing “accidents” to “crashes” is to force people to take responsibility when something terrible happens behind the wheel. Rather than letting those who’ve caused the harm off the hook, saying a crash occurred implies that someone, rather than a freak accident, did something wrong. Families of accidents victims are among those imploring newspapers, magazines and police departments to change their word choice. They say that calling what happened to their loved ones an “accident” minimizes their loss and makes it harder to push for real changes.

The push to change the lingo has gained new fans as the number of fatal accidents continues to increase. After decades of improvements, the number of deaths in car crashes jumped 8% last year, a rate not seen in 50 years. In 2015, more than 38,000 people died in crashes and the vast majority of these deaths were related to human error. Specifically, most deadly crashes occur due to bad decisions on the part of drivers, such as drinking, texting or drowsiness. Only 6% of all fatal accidents are caused by what most people would actually consider an accident, meaning vehicle malfunctions, weather or other factors unrelated to driver error.

So far, the push appears to have worked. Lawmakers in Nevada enacted a law that changes the word “accident” to “crash” wherever it appears in state law. A similar measure was passed in New York City and San Francisco. Additionally, 28 state departments of transportation have issued statements saying they are moving away from “accident” in favor of “crash”, an attempt by all to convey the seriousness of the threat we all face.