Bloomington, Illinois-based State Farm Fire & Casualty Co. bills itself as a company full of people who have a passion for carrying out the company’s mission of being a good neighbor. 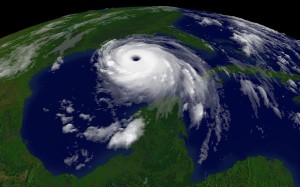 “From community involvement to disaster response,” the company boasts on its website, “State Farm is committed to supporting the neighborhoods it serves and the neighborhoods our associates call home by helping to build safer, stronger and better educated communities.”

Jim Hood, the Attorney General of the State of Mississippi, does not think State Farm has been a good neighbor to Mississippi or its residents. Hood is spearheading the Magnolia State’s lawsuit against State Farm over millions of dollars lost as a result of the company’s “malicious” denial of Hurricane Katrina wind-damage claims.

In the lawsuit, the State of Mississippi contends that it paid State Farm $522 million through a Homeowners Assistance Program set up to help homeowners affected by Hurricane Katrina, which swept across states including Mississippi along the Gulf of Mexico in September 2005.

Although the state gave State Farm what would have amounted to “76,673.59 per policyholder” to help offset losses, State Farm only paid the policyholders an average of $14,494.62, allegedly pocketing the rest of the cash. The company aggressively denied claims, first characterizing the hurricane as a “water event” in order to avoid paying claims it said were caused by wind damage.

The company pressured engineering firms to alter reports on the cause of damage to homes. When engineers found that wind had caused the damage, State Farm stopped ordering the reports. A federal jury found in April 2013 that State Farm engaged in fraud by attributing wind damage to a tidal surge in a whistleblower lawsuit brought by two State Farm insurance adjusters.

The State of Mississippi’s lawsuit accused State Farm of fraud, negligence and breach of contract, according to the Biloxi Sun-Herald. Jan Schaefer, a spokeswoman for the Mississippi attorney general’s office, said State Farm’s actions harmed Mississippians more than any other insurer following Hurricane Katrina.

“State Farm in effect converted a program designed to help Mississippians who were devastated financially by [Hurricane] Katrina into a subsidy for itself,” the Magnolia State alleged in its suit against the company.

Attorney General Hood could not specify how much the State of Mississippi lost as a result of State Farm’s alleged fraud, but said the Homeowners Assistance Program’s public accounts had paid “hundreds of millions” which, in turn, should have been paid by State Farm to homeowners who suffered damage.