A student at New York City’s Columbia University has brought suit against the Ivy League school, alleging that it tolerated and even encouraged the defamatory words and actions of a young woman who claimed she had been raped by the student. 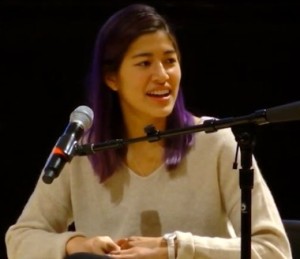 The student, Paul Nungesser, was accused by Emma Sulkowicz of being a “serial rapist” and told authorities he assaulted her after a class. Authorities investigated Sulkowicz’s claims and rejected them, according to the Daily Mail. The New York Post has reported that Nungesser and Sulkowicz were close friends and sexual partners before the allegation.

After the accusation, Nungesser alleges, Sulkowicz began toting a mattress around campus as a symbol of “her status as a victim and [to] remind everyone [that] her alleged attacker remain[ed] on campus.” The university permitted her to take the mattress “into classes, the library and campus-provided transportation.” Nungesser also alleged that a university-owned website presented Sulkowicz’s rape allegation as factual.

New York Senator Kristen Gillibrand invited Sulkowicz to the 2015 State of the Union address in the nation’s capital. The New York Times called Sulkowicz “a woman with a mattress, refusing to keep her violation private, carrying with her a stark reminder of where it took place.”

With the help of her professor, Jon Kessler, Sulkowicz—who majored in visual arts—turned her mattress-toting into a senior thesis called the “Mattress Project,” according to the Daily Mail. As a part of the project, Sulkowicz has continued to publically parade the mattress, calling for Nungesser’s arrest, the Daily Mail reports.

Nungesser was cleared by a university court, and Sulkowicz actually declined to press criminal charges.

Nonetheless, aside from making life “unbearably stressful,” Nungesser alleges, Sulkowicz’s success at garnering publicity for the “Mattress Project” has resulted in media reports in 35 countries. At Columbia, Nungesser claims, he is considered a “serial rapist” and “has been subjected to severe, pervasive… and threatening behavior by Columbia students.” Nungesser—who is a German citizen—said Sulkowicz’s plan to bring her mattress to graduation may prevent his family from traveling from Germany to New York City to participate in graduation ceremonies.

Nungesser names Columbia, its board of trustees, President Lee C. Bollinger and Professor Jon Kessler as defendants. He seeks damages for “gender-based harassment and defamation.”

Sulkowicz told the Daily Mail that Nungesser sued Professor Kessler for allowing her “to make an art piece.” She described the “Mattress Project” as “an artistic expression of the personal trauma” that she has experienced at Columbia.

Sulkowicz said that after she reported the alleged rape in 2013, investigators botched the investigation. Sulkowicz and 22 other students sued Columbia in 2014 alleging the school failed to properly investigate sexual assault claims and mistreated assault victims.