Last week the newly elected mayor of Flint, Michigan, Karen Weaver, made a bold decision. Rather than continue to sweep mounting concerns about the city’s drinking water and the impact it may have had or continue to have on residents under the rug, she decided to declare a state of emergency. The decision brought nationwide attention to Flint and the city’s water supply as well as the often-overlooked problems caused from exposure to lead. 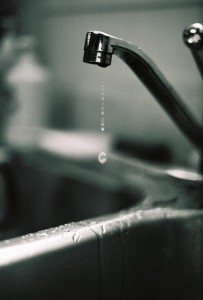 The trouble in Flint began back in 2014, when lawmakers decided to switch the city’s drinking water supply from Detroit to the Flint River. The reason behind the change was, even more tragically, a financial one. Flint, as many know, is struggling to balance its budget and the city believed one way to help would be to lower the costs associated with its water supply.

It didn’t take long for the complaints from residents to come pouring in. Many said that the water tasted funny and that they were eager to return to the Detroit water supply until the Flint River could be verified as safe. However, these calls were ignored, until finally, a few months ago, the Michigan Legislature approved emergency funding to pay to reconnect Flint to Detroit’s water supply.

Though it’s good that Flint is again receiving a safe supply of drinking water, the damage has already been done. One survey, conducted in September of this year, showed that infants and young children in Flint had already doubled the levels of lead in their blood that existed prior to the switch to using the Flint River.

Over the past several decades, we can all be thankful that steps have been taken to reduce our exposure to lead. Cars use unleaded gasoline and lead-based paint is barred from use. As a result, the chance to being exposed to lead is reduced for many people, though as this case demonstrates, that chance isn’t zero.

Lead can still be found today in paint, in soil and, as residents of Flint understand, in water. Exposure to lead can result in lifelong development problems, including reduced IQ, behavior changes and serious health problems. Even more troubling is that, in many cases, there are very few symptoms to alert individuals to the risk of lead poisoning. If you believe you may have ingested unsafe levels of lead, you should seek medical attention immediately. There are some medications that can be used to remove lead from the body, though these treatments are not always effective. Unfortunately for the residents of Flint, experts say the absolute best thing you can do to protect yourself from the dangers of lead is to avoid exposure in the first place.

What is a loss of consortium claim?