It is genuinely tragic to think that someone simply trying to earn a living and provide for their family might leave for work in the morning and not make it home in the evening. Fortunately, the frequency with which such tragedies occur has decreased over the past several decades thanks to increasingly tough regulations and enforcement by federal and state workplace safety agencies. Though things have improved, it’s important to remember that hundreds of people die across the country each and every year due to lapses of workplace safety procedures, meaning hundreds of families suffer through the loss of a loved one who was only trying get to work. 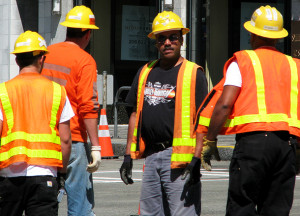 SPX is a major transformer manufacturer, a line of work that involves the use of complicated machinery and potentially deadly electricity. The company employs more than 1,000 people in the area and has previously be awarded safety awards from the Department of Labor, recognizing it’s attempts to create a safe workplace. Despite these recent awards, the company has previously run into similar workplace safety issues. Specifically, back in 2012, an employee was electrocuted, something that may have taken place in the current case. Since then, the Department of Labor has been monitoring SPX carefully and working to avoid repeat harm to employees.

According to the Department of Labor, the current tragedy occurs after a slightly safer year overall. OSHA says that so far this calendar year it has participated in investigating 35 work-related fatalities. This compares to a total of 37 workplace fatalities at this time last year. That may not be much of a difference, but any decrease in workplace death is a victory that should be celebrated.

In cases like these, the families of the workers will have to find some way to put the pieces of their lives back together again. It can be a very difficult journey to cope with the unexpected loss of a loved one. In helping to move forward, the family members should understand that they have options to receive financial compensation for their loss. One such option is to receive financial assistance through the workers’ compensation system, known as death benefits. Another possibility, depending on the particular circumstances of your case, is to consider filing a wrongful death claim. This is possible in instances where negligent action (or inaction) by a third party resulted in the death of a loved one.

Council wins another legislative victory at the expense of injured claimants, say lawyers