A jury in Texas recently handed down one of the largest personal injury verdicts of the year, though there’s little chance the victims will receive much money from the defendant. The case illustrates how juries sometimes use verdicts to send messages, doing more than just compensating victims for their specifically identified injuries. 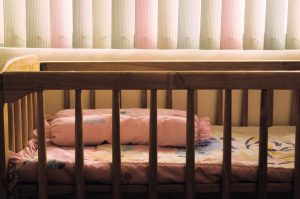 The case out of Texas dates back to April of 2014 when a Dallas couple dropped their 7-month-old son off at a home child care facility in their neighborhood. The two left their son, Roger, with caregivers in the morning and received a call that afternoon saying the child was unresponsive and had been rushed to the emergency room. Doctors pronounced the child dead upon arrival, eventually determining that the boy had suffocated.

A subsequent investigation revealed that the boy had been wrapped tightly in a blanket before being put down for a nap. The child was placed on his side in a room away from other children and ended up rolling on to his stomach. Bruises on the child’s forehead revealed that the child was left in that position for some time before being discovered. In Texas, wrapping infants in blankets before bed, also known as swaddling, is specifically prohibited under the law for day care facilities due to the suffocation risk that it presents.

The parents were obviously devastated by what had happened and decided to bring a lawsuit against the day care facility, accusing the company of negligence. The plaintiffs worked hard to present evidence demonstrating the negligent behavior of those at the facility, showing how their bad decisions led to the death of their son. The strategy worked and the jury decided overwhelmingly in the parents’ favor. Though the parents had sought $7 million in damages, the jury decided to disregard this more modest request in favor of a verdict they thought was appropriate. The jurors decided that the family was owed an astounding $142 million for the incredible harm they suffered.

The verdict amounts to one of the largest in the U.S. in recent years and far and away the largest in Dallas so far this year. Though impressive, legal experts are quick to note that the family won’t see much of the money. The day care involved was a home-operated facility and has since shut down. It was also revealed that the owners did not have insurance. This means there will likely be little if any money to recover despite the lopsided victory.

Given that the victory will largely prove fruitless for the family, it begs the question why would a jury hand down such a decision in the first place. These kinds of things happen all the time, especially in states where damage caps exist to limit the amount of money injured plaintiffs are allowed to receive in personal injury or medical malpractice lawsuits. Despite these caps or financial realities which limit how much a defendant can actually be expected to pay, juries occasionally issue verdicts for much more. The reason is usually symbolic. When juries award such overwhelmingly large judgments to one party, the intent is to send a message of disapproval. If the defendant has behaved especially egregiously or is found responsible for a kind of conduct the jury is seeking to discourage, a large judgment can help convey anger and serve as a warning to others that such conduct won’t be tolerated in the future. Though it may not help the family involved in the case before the jury, the hope is that it helps other families down the road as defendants exercise greater caution.