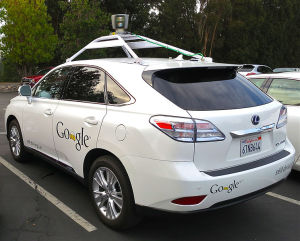 The Wall Street Journal recently reported, however, that self-driving cars are a long way from becoming common on American roadways, for a variety of reasons. Adrian Lund, the president of the Insurance Institute for Highway Safety, told the Journal in August that a number of legal and insurance issues stand in the way of self-driving cars being brought to market. “Some states,” Lund said, “allow professional drivers to experiment with autonomous controls,” but it is likely that the motor-vehicle laws in every state prohibit drivers from taking their hands off the steering wheel for a significant period of time.

In its Driver Handbook, the North Carolina Department of Transportation provides guidance for safe steering in a variety of situations that drivers may encounter on the roadways. It is difficult to imagine how these varied suggested responses to roadway conditions and stimuli will be transposed upon machines—computers installed in self-driving cars—and to imagine how such cars will successfully respond in real time to incidents that arise on the roadways.

As with any new invention, only time will tell whether the self-driving car has its intended results. Time will also reveal the unintended consequences of pressing self-driving cars into service on America’s roadways, if that ever happens.