Charlotte Personal Injury Attorney Matt Arnold answers the question: “The insurance company wants to send me to their own doctor for a second opinion. Do I have to go?” 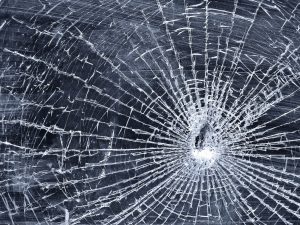 A man named Jeffrey Scholes filed suit against another man, Stephen Hausmann, in a New Jersey Superior Court. Scholes claimed that he was seriously injured when his vehicle was hit by Hausmann’s back in October of 2014. Scholes says that he was driving north when he was struck head-on by Hausmann’s southbound vehicle. According to Scholes, he sustained back injuries that were so severe he required epidural injections and, eventually, surgery.

Though this would appear to be a classic personal injury case, one that warrants a legal claim against the party responsible for causing harm, there is at least one complicating factor that derailed Scholes’ claim. After research by Hausmann and his attorney, it was discovered that Scholes’ vehicle had been registered in Florida with a Florida insurance policy. Scholes also had a Florida driver’s license. Though none of these things are problematic by themselves, after all, a Floridian can file suit in New Jersey if that is where the accident occurred, the issue is that Scholes is not really a Floridian. Scholes had been living and working full-time in New Jersey since 2009. His car was also in New Jersey all that time. According to the court, the only reason Scholes registered his vehicle in Florida is because of how much cheaper the auto insurance is when compared with New Jersey’s high rates.

Hausmann then seized on this as a basis for dismissing the personal injury suit, arguing to the court that New Jersey law clearly requires individuals who are residents of the state to register their car in the state. Scholes responded by saying that his view was that New Jersey law required drivers to maintain insurance and that the only people who were barred from filing suit were those who lacked insurance. Scholes had insurance, it was just in another state.

The judge presiding over the case disagreed with Scholes. The judge noted that Scholes’ vehicle was not legally insured according to New Jersey law. Additionally, the judge ruled that Scholes had technically committed a crime by flouting provisions of the state’s insurance fraud statute. Scholes did what he did specifically to evade higher insurance rates in New Jersey, choosing to keep and use his vehicle in the state while seeking cheaper insurance elsewhere. Scholes himself said during a deposition that he never even tried to get insurance in New Jersey because it would have been too expensive.

As a result, the judge held that allowing Scholes to sue would undermine the purpose and policy of the state’s insurance laws, something he was unwilling to do. As a result, the judge made clear that Scholes would not be able to sue Hausmann for the serious injuries he sustained in the head-on collision. Scholes and his attorney have already said they intend to appeal the decision.

Traffic Deaths Jump For A Second Year In Row