Read the newspaper regularly and it won’t take long to run across another article about a data breach. Whether it’s a health care company, a major retail or restaurant chain, the problem of hackers stealing customer financial data is a serious one and appears to be growing worse at a rapid pace. 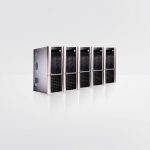 For years plaintiffs have tried filing lawsuits following a data breach, arguing that the loss of protection for their private data amounts to a personal injury that is worthy of compensation. The problem is that the courts have, until very recently, been reluctant to consider such claims. For a long time, judges rejected such lawsuits, arguing that customers could not show that they have been harmed and, even if they could, quantify the extent of the damages suffered.

Things appears to be changing as courts have shown more interest in allowing such data breach cases to move forward. Only about 5% of data breaches in the U.S. have resulted in lawsuits, though many expect this number to grow. Customers are more compellingly arguing that they have been harmed by the data breaches. One argument that is often advanced is that consumers are paying to have their personal information protected. When a data breach occurs, they have essentially overpaid for their product or service and can sue as a result of that harm.

Though there’s been a shift in favor of consumers, hurdles remain. For one thing, plaintiffs must prove that they have standing and, to do that, they must show that they have been harmed in some way. Companies often argue that simply having information taken, but not used for specific purposes, does not amount to a recognizable harm. In other cases, even if identity theft can be demonstrated, it’s often difficult if not impossible to prove that one company’s data breach was responsible for the identity theft. Finally, most banks reimburse customers for any losses due to identity theft, meaning customers have little in the way of damages to sue to recover.

So far none of these lawsuits has made its way to trial. Those cases that appear likely to advance are settled, an attempt by the companies to avoid setting a bad and potentially costly precedent. Though the cases have settled thus far, a few others appear to be working their way towards the courtroom. In one case involving a data breach at Neiman Marcus, one customer sued and a lower court initially tossed the case. The Seventh Circuit reinstated it, ruling that a person shouldn’t have to wait until fraud occurs before filing suit. The judge made the point that why else would a hacker break into a database and steal customer information if not to eventually use it to make fraudulent charges.

The Seventh Circuit decision puts the court at odds with other circuit courts. Given this, many legal experts believe the Supreme Court may need to intervene to decide the issue, ensuring that courts across the country are aligned with how to handle such cases.