School’s out for the summer. 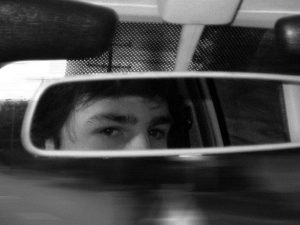 Whether you’re a teenager basking in the sultry freedom of the season, or have teens of your own home for the summer, this means that the annual influx of other teen drivers onto the Queen City’s streets has begun.

We’re not here to bash you, teen drivers–just consider this a friendly public service reminder of the statistics on teenage drivers and car accidents. An increase in the number of teen drivers on the roads increases anyone’s chances of becoming involved in an accident with a teenaged driver.

The Centers for Disease Control and Prevention (CDC) reports that drivers between the ages of 16 and 19 are three (3) times more likely to be involved in a fatal motor vehicle accident than drivers who are 20 years of age or older. Even though people aged 15 to 24 account for just 14 percent of the country’s population, they account for 30 percent of our annual cost of motor vehicle injuries.

The reasons for this are probably self-explanatory to anyone who has ever been a teenager–the universal inexperience, inattention and hubris that accompany many a teen experience are exacerbated even further by today’s technology and social media presence. Apps like Snapchat cater towards teenagers to begin with, and offer features like the “speed filters” that encourage drivers to post pictures recording how fast they’re going.

Snapchat has very publicly been sued recently over its development of that exact feature–we covered the story when a teenage driver hit and critically injured a man while using the speed filter at over 100 miles per hour recently. The driver has since then been criminally charged as well.

Even if Snapchat decides to no longer offer the speed filter as a result of the civil lawsuit against it and the teenage driver, an abundance of technology distractions exist to take its place.

In addition, teenage drivers are more likely than others to have multiple passengers in the car with them. The CDC reports that the risk of being involved in a car accident increases proportionately as the number of teenage passengers rises. This has caused many states, including North Carolina, to pass laws capping the number and types of passengers that teenage drivers can have in their cars.

To have your learner’s permit in North Carolina, you must be aged 15 to 18. Only a qualified “supervising driver” is allowed to sit in the front seat for Level One permit drivers. If the teen drives without their supervising driver, only one (1) person under the age of 21 who is not an immediate family member is allowed in the vehicle by law.

These laws notwithstanding, the grim statistics of the number of teenage drivers involved in car accidents still exist. So go forth, enjoy your summers, and try to stay cool–but drive defensively, and encourage all teenage drivers in your life to do the same.