Damages are the dirty little secret in personal injury lawsuits—at least the typical insurance adjuster wants you to feel that way. Sure, the adjuster tells you, the driver who hit you was at fault and his insurance policy covered the accident, but what did you really lose? 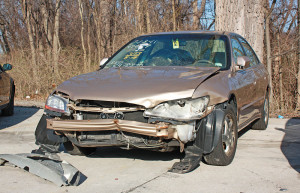 You lost a few hours of work, you hurt your back but the X-rays came back negative. You are as good as new—except you might need a few pain meds and an injection here and there when the pain flares up. Anyone can expect that—a little pain here and there is a part of life, and juries know that. A jury will not give you much for pain.

This is a game that insurance companies play on a massive scale to try to avoid and limit paying out claims. Cullman, Alabama attorney Johnny Berry said insurers have been playing that game for far too long in Cullman, which “has a reputation among insurance companies as a conservative place when it comes to juries ruling in personal injury cases,” according to the Cullman Times.

Berry’s client in a recent case—Joshua Culwell—was driving north on Alabama Highway 69 on February 10, 2012 when his vehicle was struck from behind by a vehicle driven by Thomas Clay Benson, III, according to the Times.

Benson was underinsured, which means the upper limits of his own insurance policy were not sufficient to cover the injuries and damage in the accident with Culwell. In those instances, if a person injured or damaged in an accident has purchased a policy of insurance that includes “uninsured or underinsured coverage,” the injured or damaged driver can file a claim against one’s own insurance policy to cover the difference between the policy limits of the at-fault driver and the amount of damage or injury to the injured driver.

Culwell made a claim against his own insurer, Progressive. At the time of the accident, the thirty-one-year old Culwell was disabled as a result of service in the Iraq War. His work at a local manufacturing firm is limited to eight-hours-per-day as a result of the low-back injury sustained in the February 10, 2012 accident. In addition, Culwell has to take pain medication and undergo four epidural steroid injections per year to treat residual low-back pain, according to the Times.

If Culwell’s case progressed in the manner in which other injury cases progress, the insurer—Progressive—had numerous opportunities to settle the claim. So often, however, insurers choose to pay a defense attorney to roll the dice in court instead of using the same money to pay an injured customer, hoping that in the long run a tough stance against injured parties will result in lower overall claims costs.

In Culwell’s case, that strategy backfired, as a jury in the otherwise “conservative” Cullman awarded Culwell $1 million.

Berry told the Times that he hopes the Culwell case is a game-changer in Cullman that leads to more reasonable pretrial settlements. Attorneys for Progressive, meanwhile, moved to set aside the jury’s verdict and reduce the judgment to the $75,000 limit on Culwell’s uninsured and underinsured coverage.