Charlotte Personal Injury Attorney Matthew R. Arnold of Arnold & Smith, PLLC answers the question “Do I have to sign a release allowing the insurance company to get my medical records?”

After Sgt. Matthew Kohr bought a venti-sized cup of his favorite coffee blend—called “Something Special”—from his favorite barista at his preferred Starbucks location in Raleigh, North Carolina, he received something unexpected and—he alleged in a lawsuit against the coffee chain—life changing. 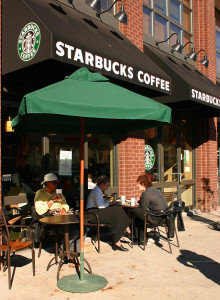 Kohr, a Raleigh police officer, sought $750,000 from Starbucks after he was served coffee in a cup with no sleeve and an improperly secured lid. Kohr said the lid popped off the coffee and the cup collapsed. The hot coffee spilled on Kohr’s lap, burning his inner thigh and the tip of his penis, according to the Los Angeles Times. The burn caused such severe stress that it activated Kohr’s Crohn’s disease, “which required surgery to remove part of his intestine,” according to ABC 11.

Kohr was sitting in the Starbucks store when he sustained the burns. “I wanted to beat my chest and scream,” he testified last week during a jury trial in the Tar Heel State’s capital. The store was filled with customers, however, Kohr, said, so he ran to the bathroom, where his partner poured cold water on his leg. A burn and blisters had already formed.

The third-degree burns left Kohr “clinically depressed, anxious, sleep-deprived and unable to enjoy every day life,” his lawsuit alleged. The injury also affected his relationship with his wife to the point that she lost consortium—or her legal right to the “company, affection and assistance” of her spouse.

Starbucks’ lawyer blamed Sgt. Kohr for spilling the coffee. “How does someone who knows their coffee is hot, who has had fifty cups of free coffee in the last two months, how does that person spill their coffee?” the lawyer asked the jury. She also pointed out that Kohr drove from the Starbucks to a police lot, then drove his truck home, where his wife photographed his injury. Significantly, the lawyer said, Kohr waited over two hours before seeking medical attention.

Starbucks also pointed out that while it serves more than four billion cups of coffee per year, less than sixty damages claims have been filed against the company. The company argued that Kohr’s depression was caused by steroids he took to treat his Crohn’s disease, and that his Crohn’s disease was not related to the coffee spill.

Following a week of testimony, a jury deliberated for approximately four hours, returning with a ten-to-two verdict in favor of Starbucks. The verdict means that Kohr gets nothing.

Kohr’s lawsuit sparked comparison to the famous 1994 Liebeck v. McDonald’s, a case in which a New Mexico jury awarded a 79-year-old customer $2.86 million after spilling hot coffee in her lap. That case became “the poster child of excessive lawsuits,” according to the Raleigh News & Observer.