We all know smoking can kill, but in one man’s recent wrongful death claim against a Tennessee pipe tobacco and cigar store, he did not allege that the shop’s products were what killed his wife. 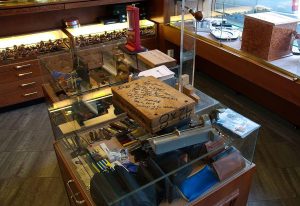 Rather, the man sued because when his wife fainted while they were shopping in the store one day, she fell into one of the store’s antique glass display cases. The glass shattered, tragically puncturing the woman’s chest and killing her.

The trial court held that the woman’s death was not sufficiently foreseeable enough for the case to proceed and dismissed the claim, which the widower appealed. The state appellate court recently took the case, embarking on a detailed discussion of foreseeability.

In order to prevail on a negligence claim, the injured party (plaintiff) must generally be able to establish four (4) things:

Involved in the reasonable care analysis is the concept of foreseeability. A plaintiff must prove:

The concept as applied in this case can be summarized thus: If an injury is so “out there,” so unexpected that no reasonable person short of a writer for the Final Destination movie series could have seen it coming and put safeguards in place against its occurrence, then it is not fair to sue for it.

In each foreseeability analysis, piecing together the chain of events that led to the injury is necessary to apportion fault. In this case, for example, the courts discussed whether it was reasonably foreseeable that a customer would have fallen and pushed their full body weight into the glass case, and whether the store was on notice that the glass in the case was weakened or susceptible to breakage.

The husband argued that because the display case was not shatterproof and the store knew that, it should have anticipated that it was possible for the case to break and cause someone physical harm.

While the shatterproof part may be true, the question for the court was how possible it was for the case to break, and how probable the resulting risk of physical harm was. As it turns out, the appellate court agreed with the trial court that neither were foreseeable enough. The store presented evidence that the display case at issue was about 30 years old, had withstood collisions from baby carriages, children pushing on and leaning against it, and other substantial impacts, and that the glass did not appear to be insubstantial or fragile. They also argued that nothing about the store’s condition caused the victim to fall.

How some companies avoid liability despite deadly recalls