What happens if you’re an undocumented immigrant who is injured in a personal injury accident? In California, the rule has long been that though immigration status would not preclude you from recovering damages, it could result in a much lower verdict. The reason is that a plaintiff’s immigration status was admissible evidence that could be used in calculating damages due to lost future earnings, with the plaintiff being required to calculate earnings outside of the U.S. The rule has changed in recent months thanks to passage of a new law and will hopefully bring more clarity to the personal injury system. 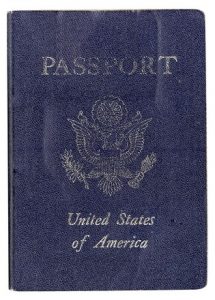 First, let’s talk about how things have long be handled. The rule in California was always that those personal injury plaintiffs who are not in the country legally must base their lost future earnings on what they would have earned in their country of origin, not what they are able to earn in the U.S. The impact of this rule is almost always to dramatically lower personal injury awards, with future earnings in a foreign country being significantly less than here in the U.S.

This rule originated from a case called Rodriguez v. Kline. In that case, a man was injured in a car accident and was awarded nearly $100,000 in damages, some portion of which was based on lost future earnings. The defendant in the case appealed, arguing that because the plaintiff was in the country illegally, his future earnings should’ve been based on wages in Mexico, not the U.S. The Court of Appeals agreed to hear the case and in 1979, ruled that a plaintiff’s immigration status could be challenged prior to trial by the defendant. The defense would need to show that the plaintiff was potentially subject to deportation and the plaintiff would then have the burden of refuting this. If it could be shown that the person was subject to deportation, the wages earned in the person’s origin country would need to be used when calculating lost future earnings.

The problem with this approach is that there are so many exceptions given the complicated nature of immigration law. It isn’t always easy to categorize immigrants into two buckets: legal and illegal. What about, for instance, those who are in the country based on a marriage, but who could later be deported if the marriage is found fraudulent? In other cases, someone might be a legal permanent resident now, but could later commit a crime that warrants deportation. Should that person be entitled to calculation of future earnings in the U.S. or in their country of origin?

To help clarify the issue, the California legislature recently passed a new law tackling the subject of immigration and personal injury cases. The measure, known as AB 2159, says that a plaintiff’s immigration status in a personal injury case is inadmissible at trial and that defendants cannot seek information regarding immigration status. The result of the new law is that lost income will no longer be calculated based on the person’s country of origin and will instead be calculated based on what the person could earn in the U.S.

How One Woman’s Restraining Order, Criminal Complaints Led to a $15,000 Wrongful Prosecution Judgement Against Her