Police in Charlotte have filed formal charges against a woman they say is responsible for the death of a motorcyclist. The accident happened Saturday morning at the intersection of Providence Road and Wendover Road. 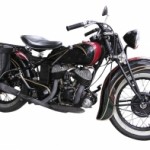 According to law enforcement officials, the crash occurred when James Johnson was riding his Harley-Davidson motorcycle down Wendover Road. Susan Brown, in her BMW X5 SUV, pulled out directly in front of Johnson.

Police officers say that Brown was in the left turn lane and had a flashing yellow arrow at the time, meaning she failed to yield the right of way to Johnson who had a green light. When she turned in front of Johnson, the grill of her SUV struck him and ejected him from his motorcycle. The force of the accident threw Johnson into the lanes of Providence Road.

The accident then set off a chain reaction crash, with the front end of the BMW hitting a Ford F150 that was stopped at the red light on Providence Road. Johnson was trapped on the ground between both the BMW and the Ford.

Though emergency responders arrived on the scene quickly, there was little to be done given the extent of Johnson’s injuries. The man was pronounced dead at the scene of the accident while the drivers of the other two vehicles were not injured.

Brown was arrested and charged with misdemeanor death by vehicle. Police say that alcohol was not a factor in the crash and neither was speed. Instead, it appears to have been the result of simple inattention. In this case, the inattention proved deadly.

The crash exemplifies the dangers faced by those on motorcycles. Though the accident was indeed serious for everyone involved, the drivers of the passenger vehicles survived without a scratch. Sadly, due to the vulnerability inherit in motorcycle riding, Johnson had little protection to cushion the blow of the crash.