A pregnant woman was among those injured after a multi-vehicle accident occurred on I-85 in Charlotte. The crash resulted in the closing of all lanes of the interstate and left five people in the hospital with varying degrees of injury. 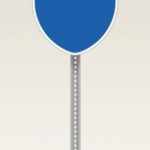 The crash occurred between Harris Boulevard and Mallard Creek Church Road and happened in the morning earlier this month. According to the North Carolina Highway Patrol, the accident began when the pregnant woman’s SUV collided with debris that was left in the roadway. The debris caused her to get a flat tire, and she pulled over to inspect the damage. When she stopped her car, a passing tanker truck sideswiped her.

Police say there were four others in her vehicle at the time of the accident. Thankfully, the truck driver did a good job in controlling his vehicle, avoiding making an already bad situation much worse. Highway Patrol officials say that the truck was carrying hazardous materials and if it had jackknifed, it would have been much worse for all those involved.

According to emergency responders the tanker truck was leaking fuel after the crash and occupants in both vehicles required medical attention. Five people were ultimately taken to hospitals for treatment of injuries, while three suffered life-threatening injuries and were moved to Carolinas Medical Center.

Though sometimes road debris is no one’s fault, as in the case of a sudden pothole, other times road debris is the responsibility of another person. Accidents that result from the negligence of another person can lead to legal liability and the filing of personal injury claims. For a driver to prevail on a claim of negligence after an accident involving road debris, that person must first show that someone else breached a duty of care that was owed to the injured party and that the breach of care caused the injured person’s damages.

In some cases, this breach of a duty may be the fault of the government. For example, if public roads were left untended to and a pothole led to a terrible accident, it is possible that the government entity responsible for road maintenance could be found at fault. In other cases, such as one where cargo falls off the back of another person’s vehicle, a private party can be held responsible. Fault could lie either with the driver of the vehicle or the owner of the trucking company, possibly even both.

“Pregnant woman among injured in I-85 side-swipe accident,” published at WSOCTV.com.