The death of a 16-year-old at the S.C. Department of Juvenile Justice wasn’t a first for persons in the custody of the Palmetto State this year. Let’s hope it’s the last. 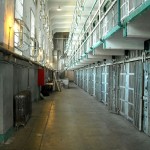 The young man—Alan C. Cottrell—was found in his room hanging from a bed sheet, according to Richland Coroner Gary Watts. Cottrell, who was alone in his room when the hanging occurred, was discovered by staff at around 11:30 p.m. He was taken to Lexington Medical Center, where he was pronounced dead of asphyxiation by hanging at 12:22 a.m.

The death is under investigation by the coroner and the State Law Enforcement Division. Watts said he did not know how long it had been since department staff had checked on Cottrell before the hanging. Three employees have been placed on suspension, according to Loretta S. Neal, the Director of Public Affairs for the Department. Through Neal, the Department extended its deepest sympathy and condolences to Cottrell’s family.

Earlier this year, in a May 20 incident, 44-year-old Randy William Stevens hanged himself in the Lancaster County jail. An investigation into Stevens’ death revealed that an officer on duty slept for two hours with headphones on her ears. Per jail policy, Stevens was supposed to be checked every 15 minutes. The officer falsified records showing she had performed the checks. Both she and her supervisor were fired, and three other officers were suspended for three days without pay.

In March, a 30-year-old Columbia man serving time for a 2001 murder and armed robbery was stabbed to death at Lieber Correctional Institution in Ridgeville, S.C. Dorchester County Coroner Christopher Nisbet said Christopher Dewayne Gale died of multiple stab wounds. Gale and other inmates who were members of the Nation of Islam had sued the Department of Corrections in federal court in 2013, arguing that they were denied the opportunity to worship separately from other Muslims in the prison. The lawsuit was not resolved at the time of Gale’s death.

In April, the widow of a 37-year-old man who died four years ago in the Chester County Detention Center added Dr. Richard Hughes to her lawsuit against the Chester County Sheriff’s office. The widow—Angela Newland—alleged that both the sheriff’s office and the doctor failed to take steps to save Richard Pettit’s life. Pettit had been complaining of chest pain and shortness of breath before dying of a heart attack at the jail, Newland alleged.

University of South Carolina Law Professor F. Patrick Hubbard told The State that claimants could recover as much as $300,000 in damages if wrongful death allegations were proven.