Chen, a woman from Shanghai, first met Li online five years ago. About a year ago, their relationship got serious. Near the end of 2013, the couple visited Singapore, where they had sex for the first time. When they returned to China, Li refused to respond to Chen’s repeated attempts to get in touch with him. 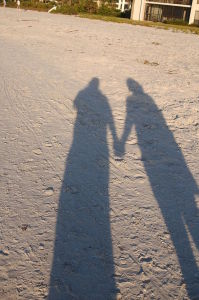 So in February, Chen travelled to Li’s Shanghai apartment and broke in, only to find Li living there with his wife of several years. In March, Chen filed suit against Li, alleging that he had “violated her virginity by deception.” She demanded over $75,000 in damages and a letter of apology.

The Pudong New Area People’s Court considered Chen’s suit and agreed with her “that virginity was a civil right that must be protected.” Chen’s sexual encounter with Li, the court found, negatively impacted her health and reputation. It ordered Li to pay Chen about $5,000 and to write her a letter of apology.

How would Chen’s case fare in North Carolina?

One prominent legal observer believes that courts in the United States have turned a blind eye to private sexual conduct between consenting adults—even in cases in which one partner’s consent may have been obtained through fraud.  Citing a Massachusetts case, law professor Deana Pollard Sacks wrote that “Public policy no longer considers money damages appropriate for what is perceived as only an ordinary broken heart.” Sacks cited a New York case in which a judge wrote that it is still legal “to feed a girl a line… [to] indulge in exaggeration and hyperbole… to be a gentleman or a cad.”

How far can exaggeration, hyperbole or downright deception go before it becomes actionable as fraudulent inducement? That is not clear, although it appears that winning a sexual deceit case is easier if the plaintiff can demonstrate that he or she suffered a tangible physical injury. In 2011, for instance, the North Carolina Court of Appeals reversed the dismissal of a lawsuit brought by a man against his neighbor. The neighbor slept with the man’s wife and gave her herpes, which the wife then gave to the husband. The court held that “it is a well settled proposition of law that a person is liable if he negligently exposes another to a contagious or infectious disease.”

Plaintiffs who cannot demonstrate physical injury face a tougher road. A Massachusetts woman who thought she and her mate were endeavoring to make her pregnant—only to discover the man had undergone a vasectomy—saw her case dismissed because, a court ruled, the man’s promises were only inducements to continue dating, not inducements to have sexual relations. A Maine man who failed to disclose an extramarital affair to his wife did not wrongfully induce her consent to have sex with him, a court ruled. Had he failed to disclose the presence of a sexually-transmitted disease, however, the woman might have prevailed.

In general, fraudulent inducement cases fall into a number of legal gray areas. A cause of action like Chen’s—based on chastity—would likely be subject to dismissal in North Carolina. A claim of personal injury—assault, battery or intentional infliction of emotional distress—based on sexual contact obtained through fraud, may survive dismissal. An aggrieved party would then have to prove the amount of damages one suffered through the inducement.

The question then is, how much compensation is a person due for having been fooled into having sex with a person? In general, the courts have taken a “buyer beware” approach to sexual relations among erstwhile consenting adults. Unfortunately, then, unless a claimant can demonstrate significant physical injury, a successful fraudulent inducement claim may result an award of nominal damages.