A very interesting article was recently published by the news website Vice. The article discussed the increasing technological developments of prosthetics and how scientists are getting amazingly good at merging man and machine. Though this is great news for those requiring the use of prosthetic devices, it raises some strange new legal questions. Chief among them, if a person’s prosthesis is injured, does the injury amount to property damage or, could it instead be classified as personal injury? 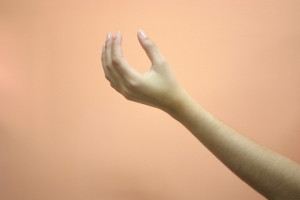 Currently the law is clear that there is a separation between what is property and what is personal. If someone were to run over your foot, you would have a clear personal injury case, as the defendant caused you bodily harm worthy of compensation. Equally as clear is if that same person ran over your cell phone. Though you may be attached to the device, maybe even depend on it, it is not a part of yourself and thus the incident would not amount to a personal injury case. You could instead sue for damage to your property, recovering the value of the device.

Generally, this is how the law has treated prosthetics. Previous cases have clearly said that a prosthetic limb, though an extension of the person, is merely a device; making clear that it is an extension of a person, not the person. Given this, injury done to a prosthetic could not lead to criminal assault charges or a civil personal injury lawsuit, you would instead be limited to a property damage claim.

A recent conference at the University of Oxford tried to delve more deeply into the issue, thinking ahead to a day when these distinctions may not be so easy. Today, prosthetics are increasingly integrated into a person’s body, in some cases becoming permanently fused to a person’s bone or, in other cases, becoming tied to a person’s nervous or muscular system. When a prosthetic device becomes sophisticated enough that they can be operated by a person’s nervous system, as has already happened, this kind of deep integration makes drawing lines between property and person much more difficult.

Looking ahead, it seems likely that these differences will become even harder to detect, as technology continues to improve at a rapid pace. According to experts who spoke at the recent conference, treating harm to prosthetics as property damage may no longer be appropriate, as it would fail to properly reflect the harm done to the victim.

A good example of this was the recent case of a military veteran who used a mobility assistive device to get around. As a quadriplegic, this device was his connection to the outside world and he was reliant on it completely. While traveling, an airline damaged the device, which left the man bedridden for 11 months waiting on a replacement. When he brought his claim against the airline, the company said it would only compensate the man $1,500, the book value of the replacement.

The issue in the case was that the airline was viewing this like the thousands of other claims they receive from customers who have luggage or valuables damaged in transit. However, unlike damage to a laptop or suitcase, the damage to this man’s mobility device caused deep psychological harm given his reliance on the device. Though the airline eventually upped its offer to $20,000, the case illustrates some of the thorny issues that the legal system may soon find itself grappling with as technology and prosthetic devices continue to improve.

Hoverboards: The next frontier in personal injury law