It’s something you hear often when talking to personal injury attorneys: Don’t delay! Act fast! Time is money! Though it may sound cliché, the truth of the statement is undeniable. A recent personal injury case out of Missouri demonstrates perfectly how important timing can be and what can happen when too much time passes between an injury occurring and a case finally making its way to court. 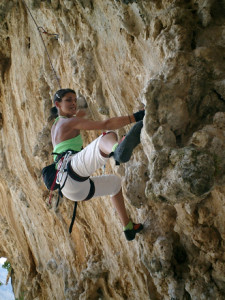 The issue began almost 10 years ago when a woman and her friend were out for a night of drinking to celebrate a birthday. After spending a few hours at a bowling alley (where the plaintiff consumed two or three beers), the group moved on to a family gaming facility, a kind of one-stop-shop with arcades, a movie theater, miniature golf, laser tag and a rock-climbing wall. While there, the drinking continued, with the plaintiff consuming another two or three beers.

Things appear to have taken an ugly turn around midnight, when the woman, who was using a motorized rock-climbing simulator, fell. The fall, which left her unable to put weight on one leg, has since resulted in $74,000 in medical expenses, a broken kneecap and four surgeries.

After years, the case finally made its way to court and both sides are eagerly pointing fingers at one another. The plaintiff has argued that the company that owned the family fun center was aware of the potential harm that the motorized rock-climbing wall could cause yet did nothing to warn customers. The facility is arguing that the woman’s drinking, as well as her two-and-a-half-inch heels, were to blame for her injuries.

Though this kind of blame game is par for the course in personal injury cases, news reports indicate that some important information that might have proved critical to the outcome has gone missing. First, the facility kept manager logs, wherein the person on duty would record all the events of the day, details of any incidents, injuries, etc. These logs were believed to contain details of the woman’s fall and potentially records of previous falls related to the motorized rock-climbing wall. Unfortunately, the records for over 5 years are no longer available, having been misplaced during an office renovation.

Additionally, the facility had security cameras that might have shed light on exactly how the fall occurred, but this footage was long since destroyed. The company said that the footage gets taped over every few weeks if it isn’t specifically retained.

In this case, had action been taken sooner it’s possible that things might be different. If the manager’s logs were located early on and contained stories of other falls on the same equipment, this might have been enough to extract a sizable settlement early on. The same is true with the surveillance footage. As any personal injury lawyer will tell you, evidence has a habit of disappearing over time. The longer that elapses between when an injury occurs and when you contact a lawyer, the more likely it is that witnesses move or change contact numbers, that surveillance footage is taped over, that documents are lost or that records are destroyed. In this case, and many others, time really is money.

As Technology And Humanity Converge, Is Injury Accident or Assault?

Hoverboards: The next frontier in personal injury law