At this point chances are you’ve heard of the ongoing crisis in Flint, Michigan regarding the tainted water. If not, a quick bit of background is that the governor of Michigan, Rick Snyder, declared a state of emergency early last month after it was confirmed that tainted water from the Flint River was causing lead to leech from the pipes into the city’s water supply. 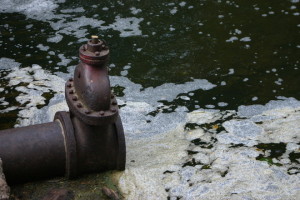 Since the revelation, the city and state officials have been scrambling to deal with the fallout. The National Guard has been handing out bottled water as others try and come up with a solution to the problem. Children, the most vulnerable group to lead poisoning, have been exposed to far higher levels of lead than is safe, leading many to wonder and worry about potential long term health consequences.

The decision to switch the water supply will be investigated over the coming months. The governor has said that a thorough independent review will be commenced and the goal is to understand how and why the decision to switch to the Flint River was made. At the time the city was under the control of an emergency manager appointed by Governor Snyder and the reason given at the time was that the switch would save money.

Now that officials have acknowledged the seriousness of the matter in Flint, some have begun to wonder about what legal options are available to residents. It was recently reported that two new class-action lawsuits related to the water crisis has been filed in court. The lawsuits are seeking damages for both personal injury and physical damages suffered by residents of Flint as a result of the water crisis. One of the lawsuits is also asking that Flint water customers not be required to pay past or future bills for the water given that it is not safe to drink. In the other suit, the plaintiffs are trying to hold the state responsible and claim that the state Department of Health knew or should have known about the lead in the water and sat on this information for months before sharing the details with the public.

Beyond these existing claims, residents could also consider several other approaches for civil lawsuits. One would be that water is viewed as a good and, as a result, a lawsuit over implied warranty of merchantability could be used against the municipalities responsible for the water crisis. The argument is that the water is not fit for its intended purpose and that this amounts to a breach of the implied warranty.

Another option is to file a standard negligence claim against the city and state officials responsible for the decision making process. The claim in this case would be that officials had a duty of reasonable care to provide clean and safe drinking water to residents. The decision to switch the water supply to the Flint River to save money could be viewed as a breach of that duty and, as a result, the city and its officials could be found liable for providing the unsafe water.

Mayor Declares State Of Emergency Due To Lead Poisoning Fears