If you’ve been reading the news recently you may have run across some recent headlines about Hulk Hogan. Though Hulk’s wrestling days are largely behind him, he’s been in the news lately thanks to a personal injury case filed against Gawker, an online tabloid that published a secretly recorded tape of the professional wrestler. Hulk sued Gawker and not only won, but won big. 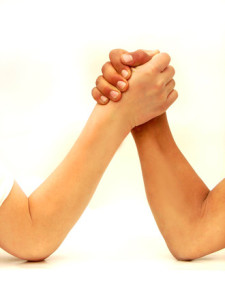 The jury recently returned its verdict in the invasion of privacy case and awarded Hulk more than $100 million. Specifically, the jury decided Hulk deserved $55 million in economic damages and $60 million for emotional distress. Though we should point out that Gawker has already announced plans to appeal, it’s clearly an important victory for Hulk and for celebrities everywhere who feel the tabloid press has overstepped its bounds.

Though Hulk is likely still in a celebratory mood (he even cried when the verdict was announced), he better hold off on any big purchases. Besides the almost certain appeal which may knock the value of the case down, Hulk also has to contend with a foe far more menacing than any in professional wrestling: the Internal Revenue Service.

Most people think that once you’ve gone through the hard work of fighting and winning a major victory in court you’re allowed to go home and start spending the money you rightfully deserve. This is, unfortunately, not always the case. This is especially true in big cases like this one which can cause correspondingly big tax problems. The reason is that most lawsuit recoveries are fully taxable.

One issue that Hulk will contend with is that the emotional distress component of his award will likely be taxed. The reason is that while money awarded for physical injuries is tax free, this does not extend to emotional trauma. Up until 1996, Hulk would have qualified, but after that year the law changed and the IRS mandated that for damages to be tax free a person must have suffered visible physical harm.

Hulk’s tax bill may grow even larger if, as many experts believe is likely, the jury comes back and awards punitive damages too. If this happens, Hulk needs to understand that punitive damages are always taxable, even in cases where physical injury has occurred.

In the end, Hulk will almost surely need to hire and rely on the advice of a skilled tax expert to avoid paying whopping tax penalties related to his judgment. According to Forbes, one possible scenario could result in Hulk’s $115 million verdict being cut down to only $37 million, taking into account his lawyer’s fees and the tax bill. Though that’s still a hefty chunk of change, it’s clear that the IRS will ultimately win this round.