A California judge just ruled this month that two women who are suing actor Jay Tavare alleging sexual battery and fraud by knowingly infecting them with genital herpes, may continue their lawsuit. The judge refused to dismiss the case against the actor (if you can’t place him, he won Best Actor at the American Indian Film Festival in 1999 and had a role in Kurt Russell’s 2015 “Bone Tomahawk”), ruling that the women had provided sufficient detail to proceed in their suit for the following: 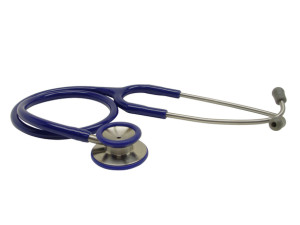 This case comes on the heels actor Charlie Sheen’s ex very publicly suing him for allegedly not disclosing his HIV-positive status to her.

The prevalence of sexually transmitted diseases is a rising epidemic in the United States. The number of cases of chlamydia reported to the Centers for Disease Control in 2010 was the largest number of cases of any condition ever reported to the agency: 1.3 million. Rates for other common STDs such as syphilis and gonorrhea have been rising for decades and our country’s rate of the spread of STDs far exceeds that of any other industrialized nation.

Ignorance regarding sexual health and education, lack of access to health care, and societal STD stigma that can discourage testing all heavily contribute to these high numbers. As the prevalence of STDs has grown, so has the number of personal injury claims in our courts seeking damages for being unknowingly infected with an STD.

Although a few states have created a separate tort, or personal injury claim, in their laws to address Wrongful Transmission of an STD, these claims most frequently take the form of negligence claims like in the case against Tavare. Negligence means that there is an act, or failure to act, when there is a duty to do so. The act or failure to act must then have been an immediate cause of the plaintiff’s injury (which in this case is the STD).

In Tavari’s case, the women allege that the defendant knew he had genital herpes. Knowing you have an infection arguably raises the duty involved—if a person knows they’re infected with something that could bring harm to others and knowingly conceals that fact, this crosses over from the land of “mere” negligence into intentional behavior. Some states outright require that the defendant knew or should have known that they had a contagious disease in order for a plaintiff to recover in civil action for negligent transmission of an STD.

Getting an adversarial party’s medical records into court as evidence requires a court hearing because of HIPAA laws but is generally allowed if the information released is narrowly tailored and directly relates to one of the legal matters in dispute.

The women in Tavari’s case have had their identities concealed by the court. The first (we’ll call her Jane Doe 1) began a relationship with Tavari back in May 2012. She claims he repeatedly lied and assured her that he was free from STDs and monogamous. She brushed off symptomatic pain she was having because of his assurances. After she broke things off with him in February 2014, Jane Doe 2 contacted her and said that Tavari had given her genital herpes. Jane Does 1 got tested and confirmed that she had the STD as well. The complaint alleges that both women had been tested prior to commencing their relationships with Tavari and had not been sexually active long prior to that.

The fact that the judge is allowing the case to proceed is likely in part because the STD alleged is an incurable one. Genital herpes, HPV, HIV/AIDS and Hepatitis B, C and D all fall into this category. Syphilis, gonorrhea and chlamydia are all curable with one or two doses of antibiotics.  By the time a plaintiff negligently infected with one of these STDs filed suit in court, their STD would be cured and it would be more difficult to claim the “injury” element of negligence.

Some Color Run Chemicals May Be Similar to Rat Poison

Cosby, Clinton and Others Use Homeowner’s Insurance To Pay Their Personal Injury-Related Legal Bills